After defending the sandwich skills of their favorite characters in “My Champion,” Amanda, Lea, and Joe will test their memories of movies that share their titles with popular songs. Later, the stakes will rise as they combine their pop culture knowledge with their understanding of a deck of playing cards. Will they go all in or fold before the turn? Listen and find out! 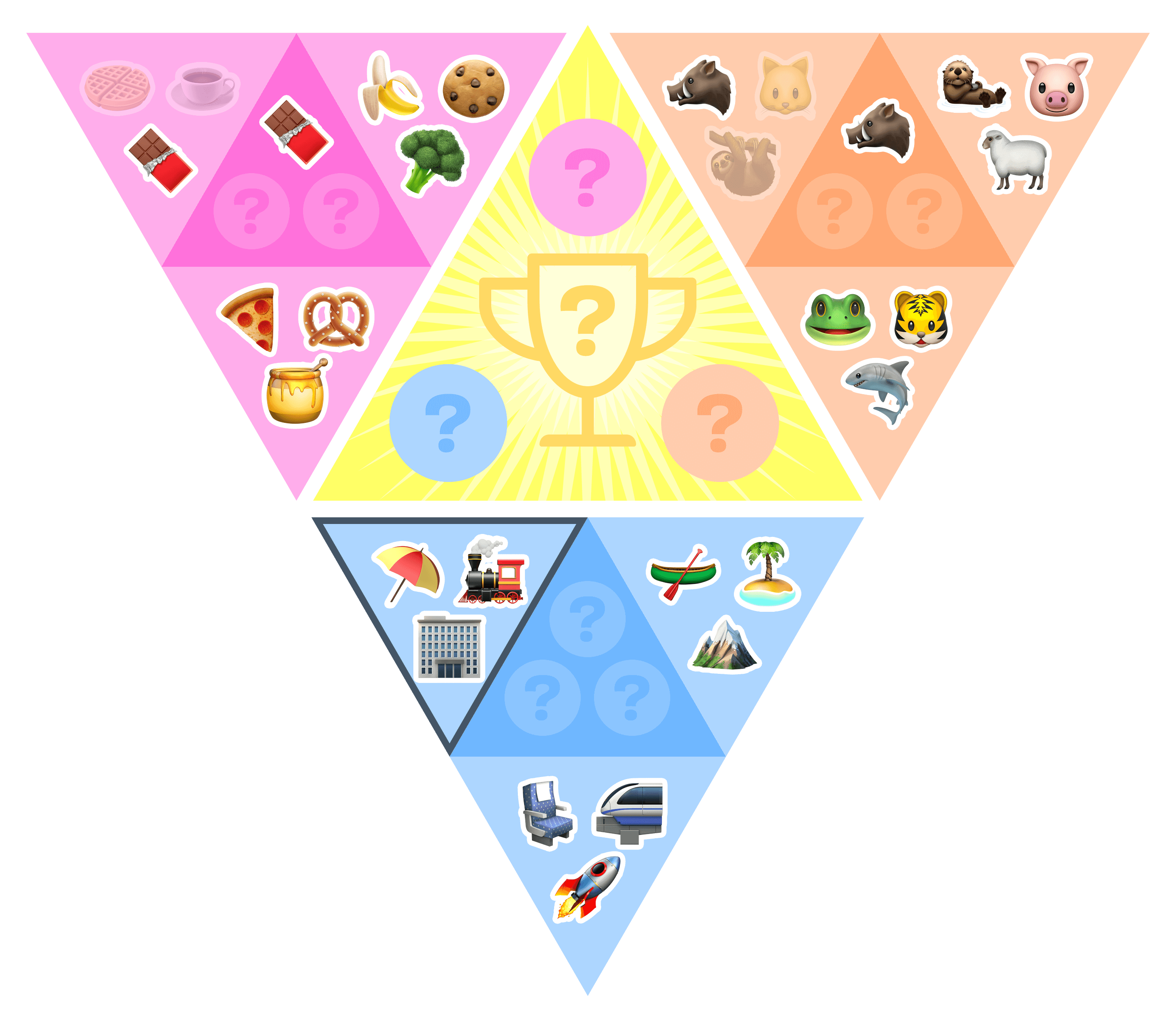 Cutting off the Crusts

Who would be the best at preparing, and then eating, an exotic sandwich?

One movie. One song. Same title.

Figure out which of the three summaries describes the work with the highest playing card value in its title. Got it? Aces!

Gettin' Jiggy With It

That Is The Question

Questions about onscreen adaptations of the works of William Shakespeare

Keys to the Kingdom

Questions about piano and pianists in pop culture

I'm not law enforcement, but work with officials

Despite that piano, I'm hardly one note

With an accent toward insight surrounding a throat

In the 2019 movie Knives Out, Daniel Craig's detective Benoit Blanc is a private investigator, though there are two police detectives who he works with throughout the movie. Ransom (played by Captain America himself, Chris Evans) refers to Blanc as "CSI: KFC;" it's a nickname with six initials. Early in the film, he signals the detectives by playing the highest note on a piano. He has a thick southern accent and is investigating the death of Harlan Thromby, whose throat was slit.

But In The Latin Alphabet Jehovah Begins With An I
Make an Exotic Sandwich from Taskmaster
While the song played on the big keyboard is "Heart And Soul" there's a hint of "Chopsticks" at the end so we're giving Joe an extra 10 points.
This Had Oscar Buzz podcast
Joe at Primetimer
Joe on Twitter
Lea on Instagram
Lea on Twitter
One Struggle KC
Kansas City Bail Fund
Amanda on Twitter