Dan Kois, June Thomas and Sam Adams duke it out to see who will move on and represent Slate in the Hired Goons divisional finals. Extra! Extra! We start things off in news publication-style by having our contestants identify movies and TV shows from those in-universe newspaper headlines that spin at you (and why do they do that, BTW?). Then we relax with fifteen consecutive rounds of special edition Monopoly where tokens, properties and rules give hints to which pop culture edition of Monopoly we’re playing. Tears are shed! Records are broken! Riddles are given! It’s all happening right now. 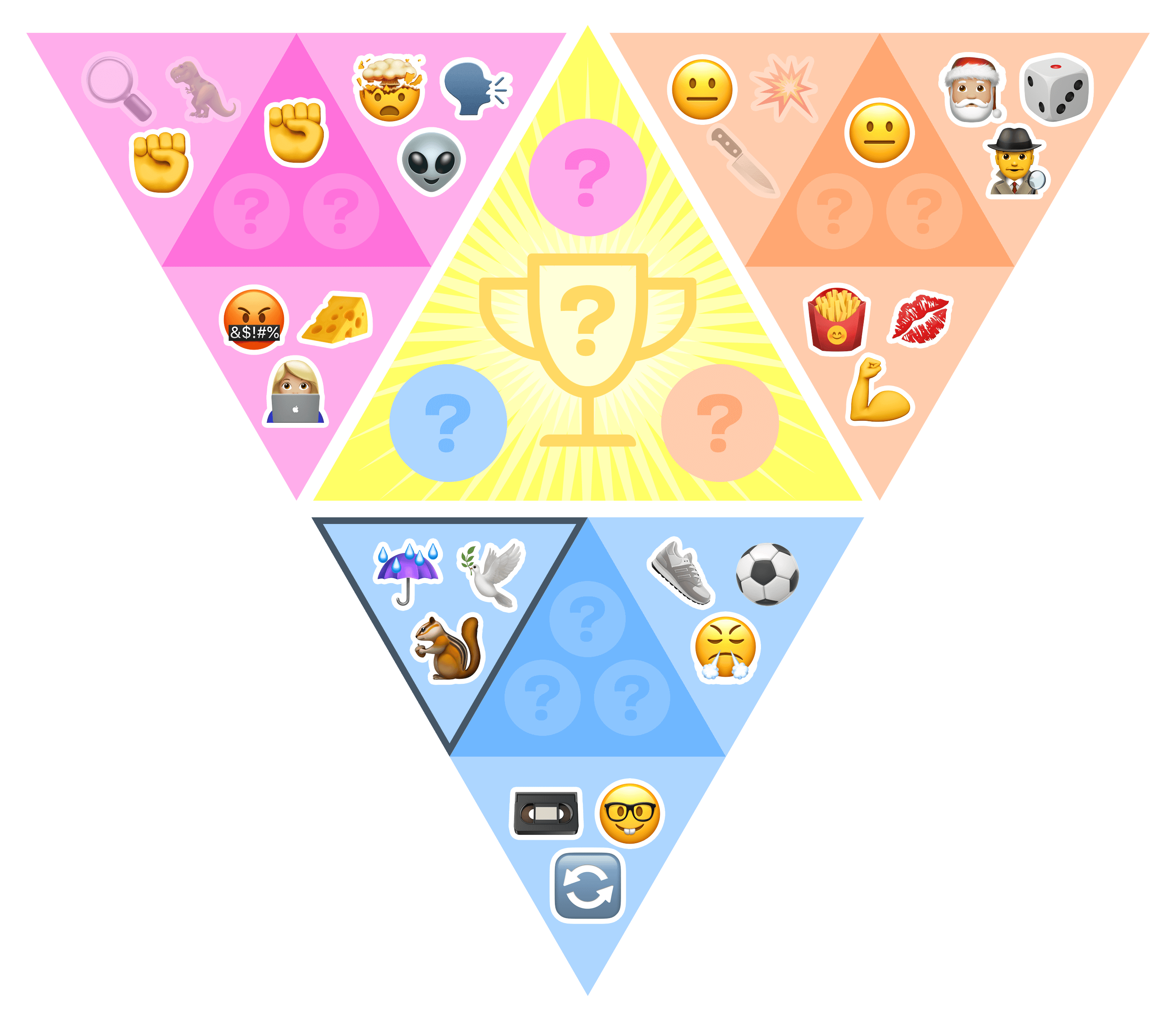 What Christmas Is All About

Who would have the best holiday decorations on their block?

Identify the movie or TV show from the in-universe newspaper headline.

The Rent Is Too Damn High

Guess the pop culture property after clues from its bespoke Monopoly edition.

Questions about actors or characters with the initial "DB."

Questions about the writings and adaptations of Roald Dahl.

I broke out from a really bad film,

But real fans had known me since I was created by Timm.

I love my dog, though he’s hardly a golden retriever,

I think he’ll be fine, so I’ll instead guard my beaver.

Having broken up with the Joker in both the comics and movies, Harley Quinn now hangs out frequently with Pamela "Poison Ivy" Isley. Her "dog" is a hyena named "Bruce." As a hyena, he'll be fine no matter what, but Harley's literal stuffed beaver is often in the line of fire, and needs protecting.

Do you know there's debate over how quickly you need to say "Betelgeuse" in succession in order to summon him?
Diet Coke is brown coin water.
Newspapers in Battlestar Galactica have clipped edges because of course they do. As creator Ronald Moore explained, "These people just hate right angles."
The UNGCC is about as effective at protecting the world from kaiju as the UN is at everything else.
Dan, June and Sam all work at Slate.
Follow Sam Adams on Twitter
Dan's book How To Be A Family
Listen to Dan's parenting podcast Mom and Dad Are Fighting
Listen to June on Slate's Working podcast