Something’s making all of us happy this week: it’s guest players Linda Holmes, Glen Weldon, and Aisha Harris from NPR’s Pop Culture Happy Hour! These three cohorts begin their face-off with our take on a PCHH favorite: The Regrettable Television [pops cheek] Pop Quiz — all about the worst and weirdest tv premieres of 2020. Then, it’s the return deciphering groan-worthy wordplay via movie-food mashups in Apocalypse Chow Redux, with an all new set of culinary clues based on movies. It all wraps up with a set of Lightning Rounds that are truly tailor-made for today’s contestants. 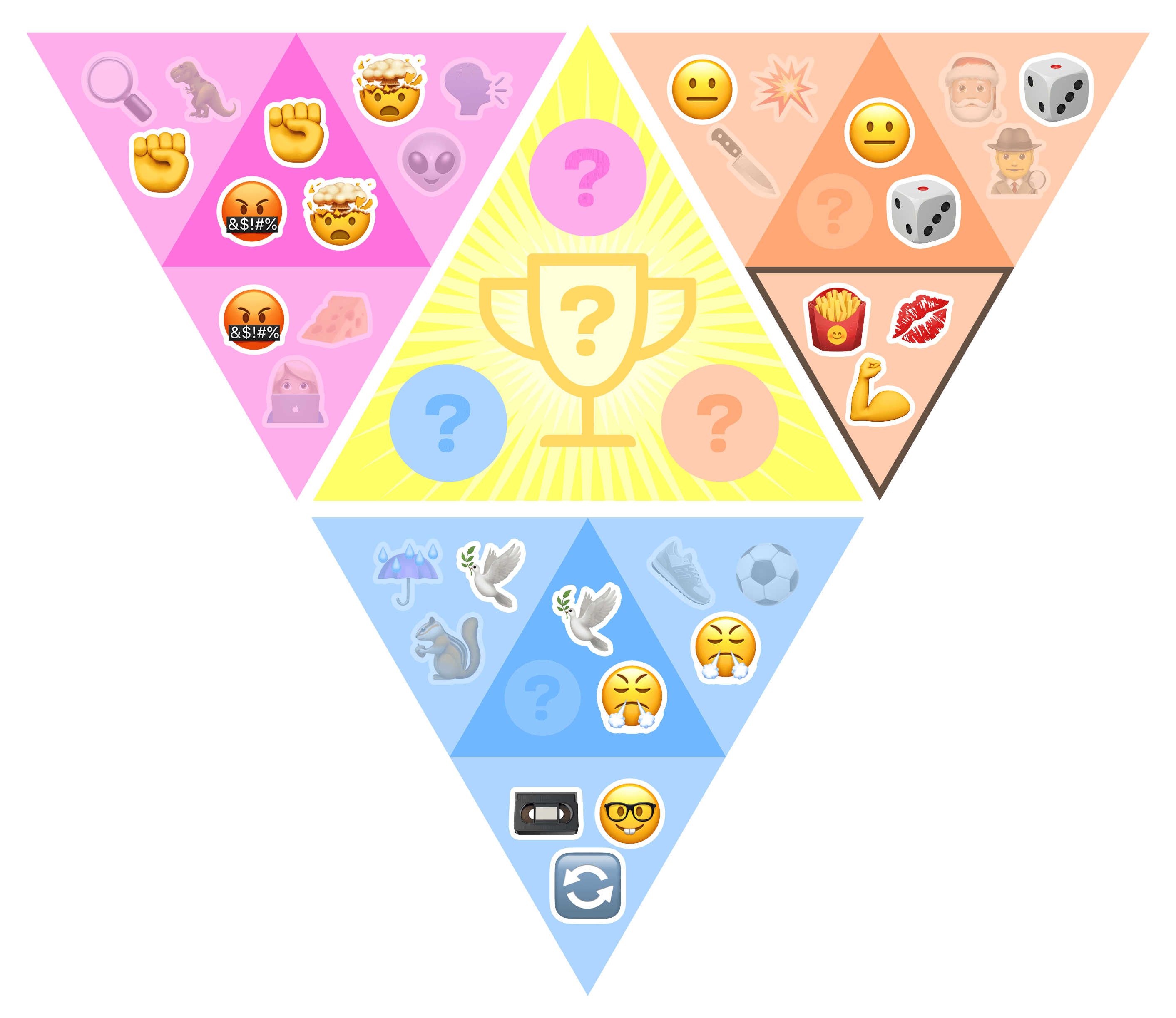 Who would favor you with the softest kiss?

Which regrettable television storyline is the fake one?

Give the wordplay title from the description of a food-movie mashup.

Questions about TV and movie versions of Batman and Superman.

Comfort Food For Your Weary Soul

Questions about things mentioned in the PCHH episode "Comfort Food For Your Weary Soul" from April 8th, 2011.

I hung out with Sam, when I was young,

And despite expectations, I don't have a long tongue.

And have been spotted with my relative, Yoda.

Kermit the Frog first appeared on the 50s TV show, Sam and Friends, and he doesn't have a long tongue at all (it's mostly just attached to the inside of his mouth). The meme of Kermit sipping tea is spread around quite often, and Yoda, another Henson puppet, could well be regarded as his relative. There are behind the scenes photographs of Kermit, Ms Piggy and Yoda together on the set of The Empire Strikes Back.

Rhubarb not only tastes bad, the leaves are also mildly poisonous. So, really, there's no reason for anyone to eat it.
Putting your feet into a bath of water while an electrical current is run through you is a (fake) holistic medical treatment, just not one that showed up on Goop Lab.
If our description of 9-1-1 Lone Star made it sound bonkers, you don't know the half of it. "Exploding bull semen" comes to mind.
The Stress Eating An Entire Loaf Of Focaccia In One Sitting Scorebreak: Eating an entire loaf of focaccia in one sitting — we've all been there.
The Hovitos Scorebreak: If only you spoke Hovitos.
Listen to Pop Culture Happy Hour!
Follow Aisha on Twitter
Aisha's official website
Follow Linda on Twitter
Linda's book Evie Drake Starts Over
Glen on Twitter
Peep Glen's pics on Instagram
Glen's book The Caped Crusade: Batman and the Rise of Nerd Culture