We now have a Patreon page. Please consider supporting the podcast. Check out the perks and stretch goals on The Great American Pop Culture Quiz Show Patreon page!

After a sweet game of “My Champion,” our players will name movies and tv shows based on their gross health and safety violations. OSHA is always watching! Then, you’ll find yourself exclaiming “jinkies!” as we pivot to the realm of celebrity cameos and guest stars from the world of Scooby Doo. Then, a tense Lightning Round caps off the game.

Make sure to join us next week for the returns of Grierson & Leitch’s Tim Grierson, Chris Sims from War Rocket Ajax, and Pop Culture Happy Hour’s Linda Holmes! 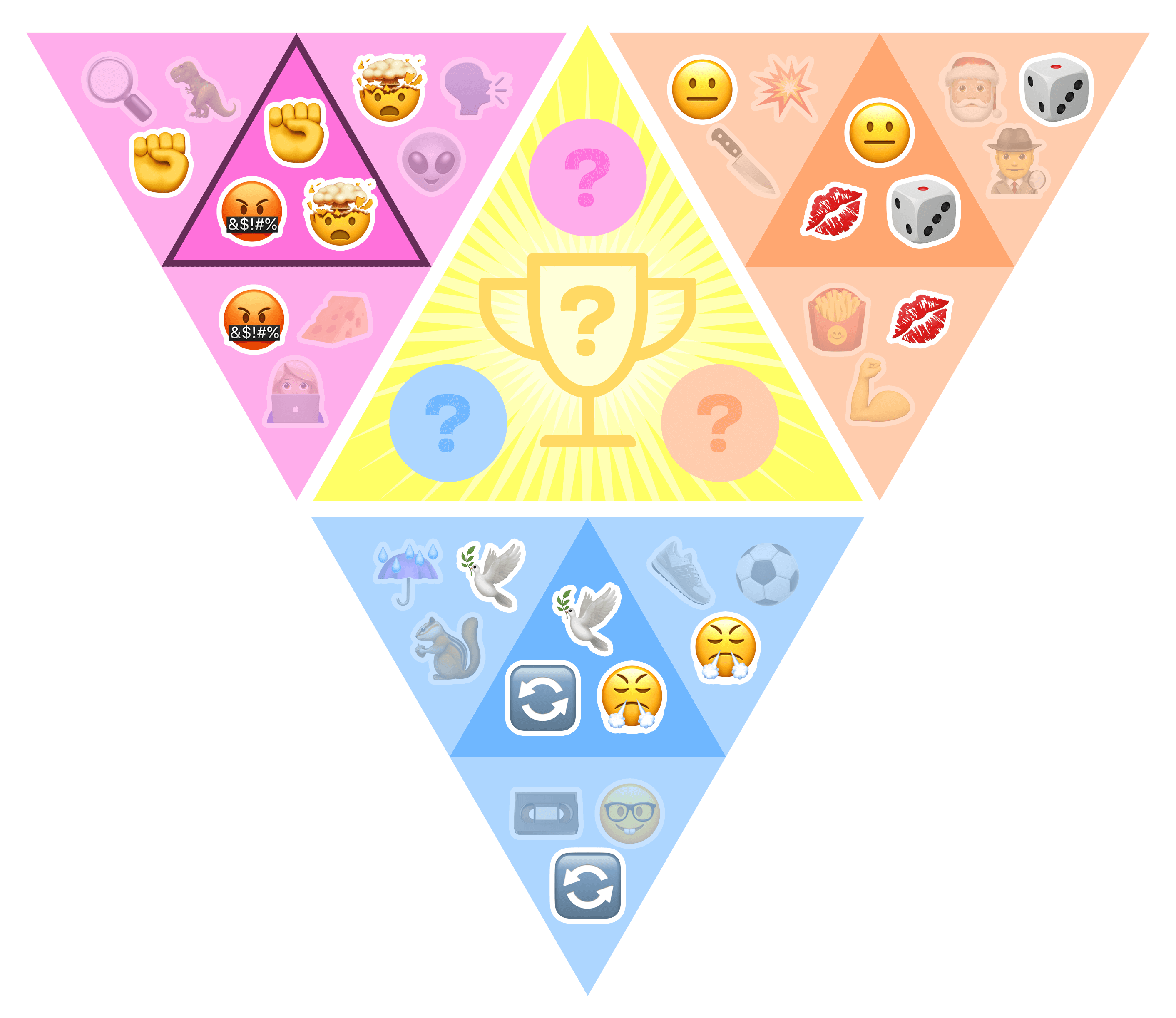 The Joy Luck Division celebrates cultural mash-ups: the Wombats and Joy Division! Chinese-American children and their more traditional mothers! Everything is going wrong, but we're so happ-y!

Robbing From The Working Class

Who would be the best at getting some delicious honey from a beehive?

Identify the TV show or movie from descriptions of workplace safety violations.

Identify the celebrity who guested on Scooby-Doo from an audio clip.

Questions about the mythical hero Hercules in pop culture.

The Birth of Brangelina

Questions about the pop culture happenings of 2005.

I'm not a boy, though I have a cowboy voice,
funded by Studebaker, though that wasn't my choice.
I don't eat peanut butter - the truth was classified knowledge
My show ended when I went to college

Mr. Ed was voiced by cowboy actor Allan Lane, and he's not a boy - he's a horse. The show was initially produced by the Studebaker company, which provided all of the vehicles. The urban legend is that he moved his mouth because peanut butter was put on his lips, but that wasn't the case, though they didn't reveal how they got him to "talk" until long after the show ended. In the last episode aired, Mr. Ed did, indeed, go to college (but dropped out before the episode ended).

🚁
If you've never seen it "Rocket" Romano getting squished like Wile E. Coyote on ER is a sight to behold.
✂️
Dan Cassino, don't forget you get 10% off your next surgery by Dr. Heather Cocks.
⏰
This score break is brought to you by
🐕
Scooby-Doo has shown up on at least two different non-Scooby shows: on Supernatural in 2018, and Harvey Birdman: Attorney at Law in 2002.
💀
While Lou Costello died in 1959, William Alexander "Bud" Abbott was alive when The New Scooby Doo Mysteries was airing, despite our players seemingly wanting them dead. Among the memorials to them is a residence hall at Montclair State University in New Jersey.
💯
You may remember The Troy McClure Scorebreak from such podcasts as The Great American Pop Culture Quiz Show!
🎞
Listen to Jeff along with his vanquished foes Devindra and Dave on the /Filmcast
🐺
Watch Jeff the Dungeon Master on Dungeon Run
😳
Jeff and Anthony Carboni talk about the personal philosophical concerns they find lurking inside everyday things on We Have Concerns
🎮
Jeff's long-running video game podcast DLC
👗
Join Heather with Jessica at Go Fug Yourself.
💂
The Fug Girls' books including The Royal We and The Heir Affair.
🎧
Alan's new podcast Too Long; Didn't Watch has started!
🎸
Read Alan's TV reviews at Rolling Stone.
📚
Alan has written a book or two about TV
🐦
Follow Alan on Twitter
⏰
...procrastination.