It’s the first match of season three. For the next nine weeks, you’ll hear from 27 brand new listener contestants battling it out for the next title.

We’ll kick it off this week with Andrew, Conrado, and Alison. Round one will test their melodic memories for songs from 80s movies, but played in a bit of an anachronistic style.

Round two gets us into both movies and TV, with a quiz involving titles in the possessive, but puts the focus elsewhere. It all closes out with a lightning round.

We mention our Patreon content a LOT this week, so why not join up and find out what it’s all about! Bonus episodes! Live game nights! Come one, come all! 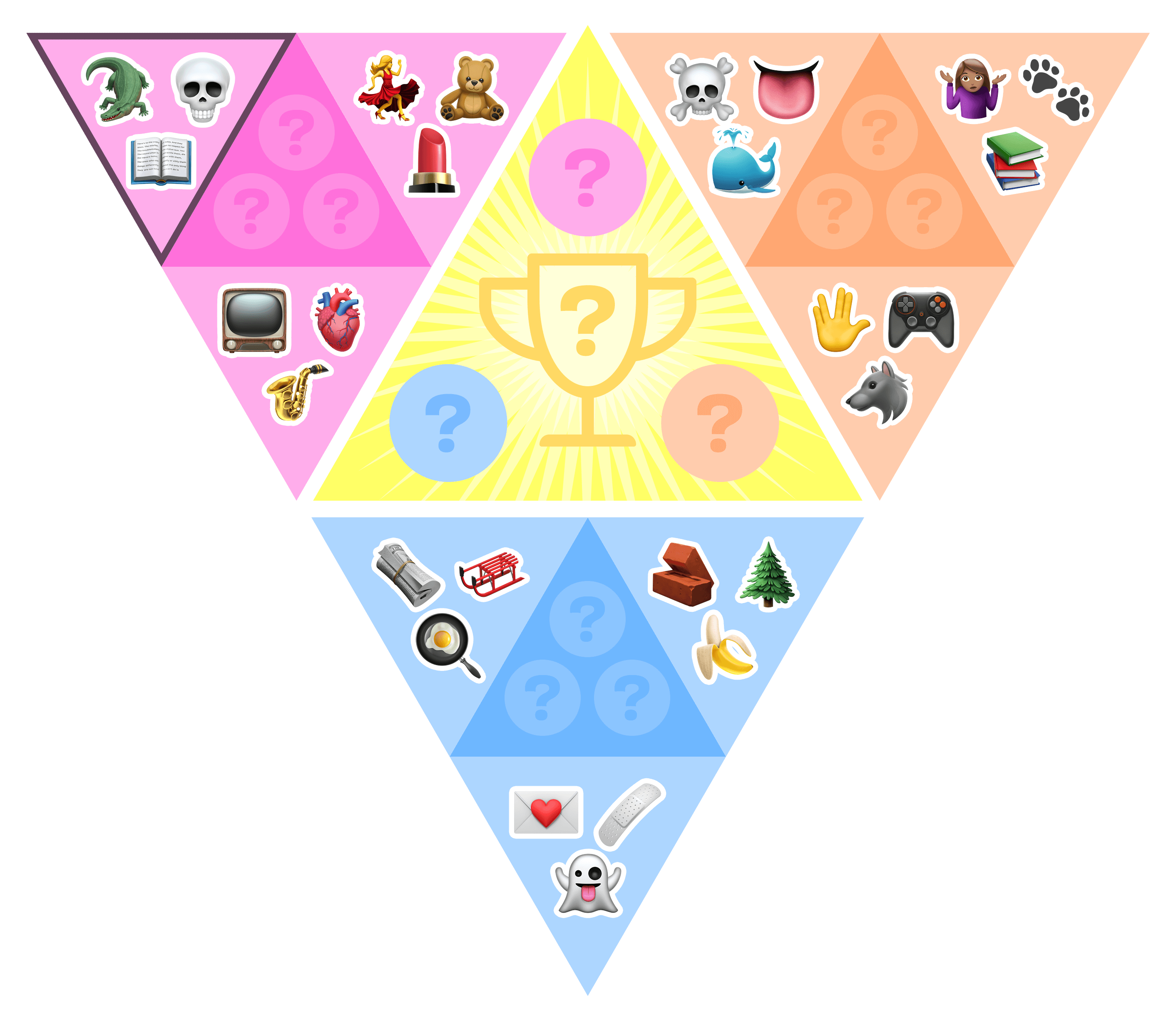 The Cellular Division is so named to remind you of all the times you've watched an old movie and thought "This ENTIRE plot could have been avoided if the characters had cell phones." It is also a celebration of the everyday act of mitosis.

Who is going to be the best at putting together a large piece of furniture from IKEA?

Whose Title is it Anyway?

Name the possessive movie or TV show title after up to three alternative titles in the same style.

And I Feel Fine

Pop culture questions with answers contained in the lyrics to R.E.M.'s It's The End of the World as We Know It.

Questions about present and past members of the Coppola Family.

Singing in drag bars for minimum wage,
but everything changed when he brought me on stage
New songs, a new image, they sent me sky high
But Jack and the old ways, they both had to die

We are first introduced to Ally Maine (played by Lady Gaga) in 2018's A Star Is Born when she sings La Vie En Rose in a drag club that Jackson has wandered into. He's instantly taken with her, and they spend the night together writing Shallow, which becomes a viral video clip when he brings her on stage to sing it at one of his shows. Ally then takes a skyward trajectory towards stardom while Jack's career falters, leading to his eventual suicide. As Jack sings in the film, "Maybe it's time to let the old ways die."

🛡
Phil Coulson has not been attacked by mutants, as Agents of SHIELD couldn't have mutants, which is why they were trying so hard to make the Inhumans happen.
🕷
The CGI Version of Charlotte's Web may be mostly forgotten, but only because the CGI spider was just horrifying.
🚀
Dan vehemently denies having spoiled the ending of Serenity in the scorebreak.
🐘
We are aware that Operation Dumbo Drop is based on a true story of US Military heroism, but that doesn't make it a good movie.
🎟
We are on Patreon where you can get bonus episode and attend live trivia events!