Season three continues as we move from the Cellular Division to the Appellate Division. Sean, Simone, and Randy have all brought their A-games for a brand new set of pop culture trivia challenges.

The pedantic IMDb goofs section might not be for everyone, but it does provide the basis for today’s first round where players identify a movie from its notable production mistakes.

The search for inconsistencies continues in round two where players find movies from their casts, but one actor is out of place! Can they put the pieces of the puzzle together to reassemble them?

The game’s tension holds all the way through the lightning round for a real photo finish! 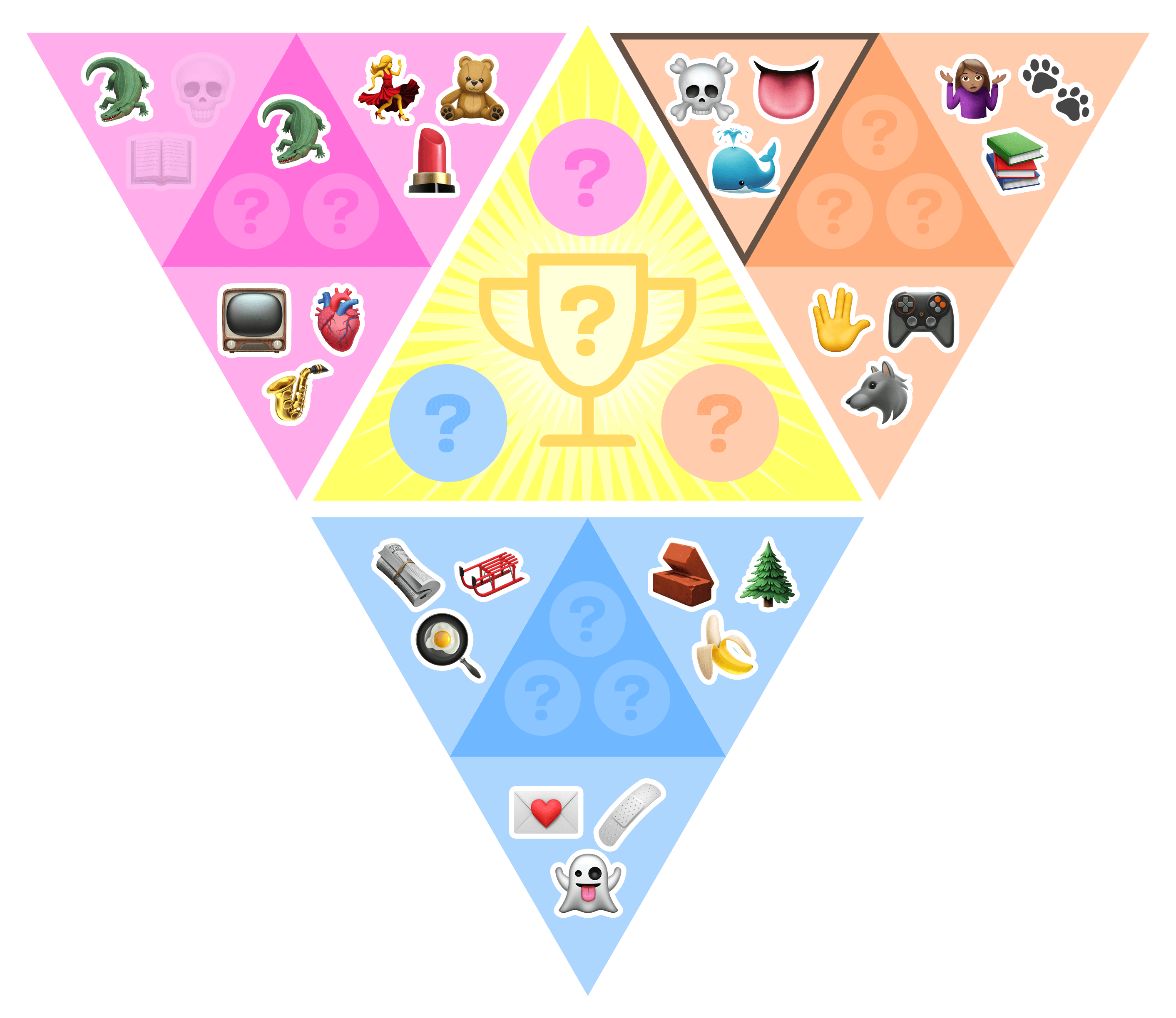 The Appellate Division is here to render judgments based on all the evidence, and overrule anyone who gets in their way.

Why is Dan Aykroyd here?

Which character would put together the best supergroup for a charity single?

Identify the movie from descriptions of factual and continuity errors found in them.

A Cavalcade of Stars

Questions about pop culture happenings of 2009.

Questions about the life and works of Neil Gaiman.

The Win Beneath My Wings

Their hygiene leaves some clutching their pearls,
and the mission nearly fails cuz the major brings in some girls.
Eight percent survival is nothing to crow,
But at least they managed to blow up the chateau

In the 1967 film The Dirty Dozen, the convicted soldiers cum commandos are told that if they don't want to wash and shave in cold water, they won't do it at all, leading to outrage from some officers who encounter them. While the movie is best remembered for the raid that results in the squad destroying a chateau housing many German officers (and leaving only one of the 12, or 8.3% still alive), much of the film is made up of the efforts of U.S. Military officers to send the men back to prison. At one point, this effort is bolstered when the Major hires women to come in and have a party with the men, a major breach of discipline and decorum.

🌠
The questions being referenced by Dan were about sumptuary laws, under-rated 2E lords of Ravenloft, and Tootsie Roll Pops.
⏳
Elaine May: for the love of God, please ensure that she gets the chance to finish "Crackpot" before it's too late.
🌎
If you know anything about Scientology, the evil aliens being called "Psychlos" is actually a great clue for Battlefield Earth.
🥁
If you really want a hard rock musical about the US Presidency, Bloody Bloody Andrew Jackson is amazing.
⚖️
Sean. Is. The. LAW. (when it comes to patent stuff)
🐦
Randy is on Twitter
🔄
Slavoj Zizek: dialectical reversal means that, somehow, we're paying him for this?
🍵
Randy's Island Stoneware shop
🧙‍♀️
Simone's Black Mass Appeal podcast
🏙
Simone's Die Hard With a Podcast
🐦
Simone is on Twitter too