It’s a barn-burner, this week! Will, Liz, and Julia all bring their A-games, but stay cool under pressure as they ponder how their champions would defuse a bomb. Once the wires are cut, they’ll amp up the tension further in round one when they “save the cat.” Literally. Microfragments of lyrics to title songs from popular movies make up round two. How few words will it take for our players to name that song? As always, it all comes down to the lightning round! 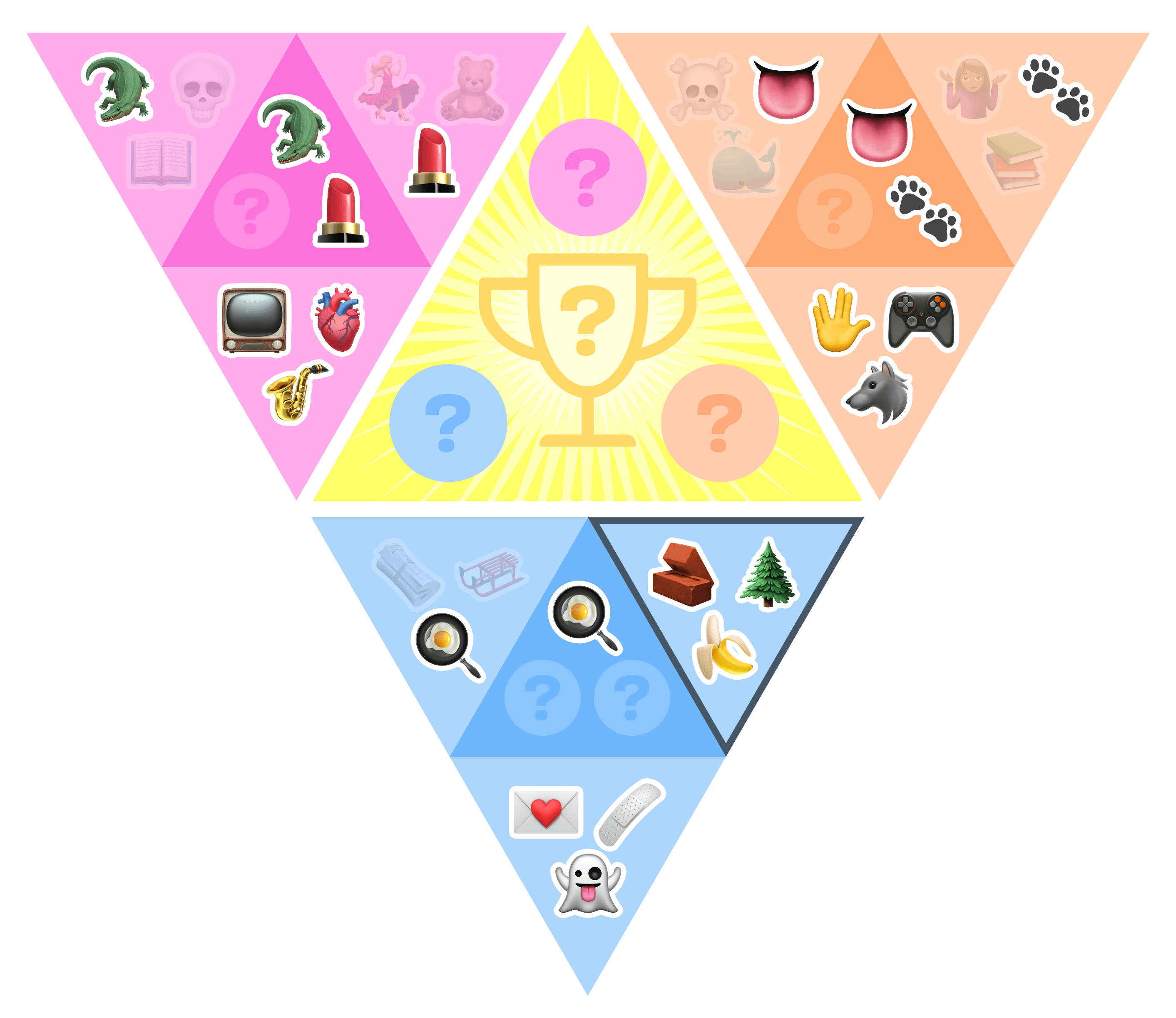 M As In Mancy

Who would be coolest under pressure when snipping the correct bomb wire with one second to go?

Identify the movie from its character shorthand "save the cat" moment.

Name the eponymous song from lyrics doled out one word at a time.

The Pig And The Frog

Questions about the careers of Muppeteers Jim Henson and Frank Oz.

When Carrie Wrote Her Diaries

Questions about television shows that premiered in 2013.

Left Of The Dial

Films that were adapted in whole or part from Stephen King stories.

In this LA Noir

The squad rides four to a car.

Broke into an Air Force base

To chase an atom bomb case.

Though their reasoning's sound,

few clues can be found

When sources keep getting tossed to the ground.

Nick Nolte's squad in Mulholland Falls drives around together in one convertible. They're sucked into a case involving an atomic weapons testing program, and witnesses are found squashed on the ground, as if they've been dropped from a great height.

The 1990 movie Cry-baby was produced by Universal, and had a budget of about $12 million. To date, no one has given John Waters a $200 million budget.
There maybe is something going on with the cat in Inside Llewyn Davis.
The "The Original Writer" scorebreak. The "Original Writer," because if you say it's Alan Moore, he'll sic a snake god or something on you.
The Douglas Hofstadter scorebreak. The Douglas Hofstadter scorebreak is a complete and consistent system, and therefore cannot exclude paradoxes.