Frankly, my dear…it’s a new episode! Shared surnames and classic movie quotes take center stage on this week’s competition, where competitors Kate, Lauren, and Molly are ready for their close-ups. In round one, they’ll call me Mister Tibbs as they identify the common surnames between notable characters and actors. Then, I’ll be back to test their knowledge of quotes from the AFI’s “100 Years…100 Movie Quotes” list, one word at a time. And while only one winner can be declared, this whole episode looks like the beginning of a beautiful friendship. 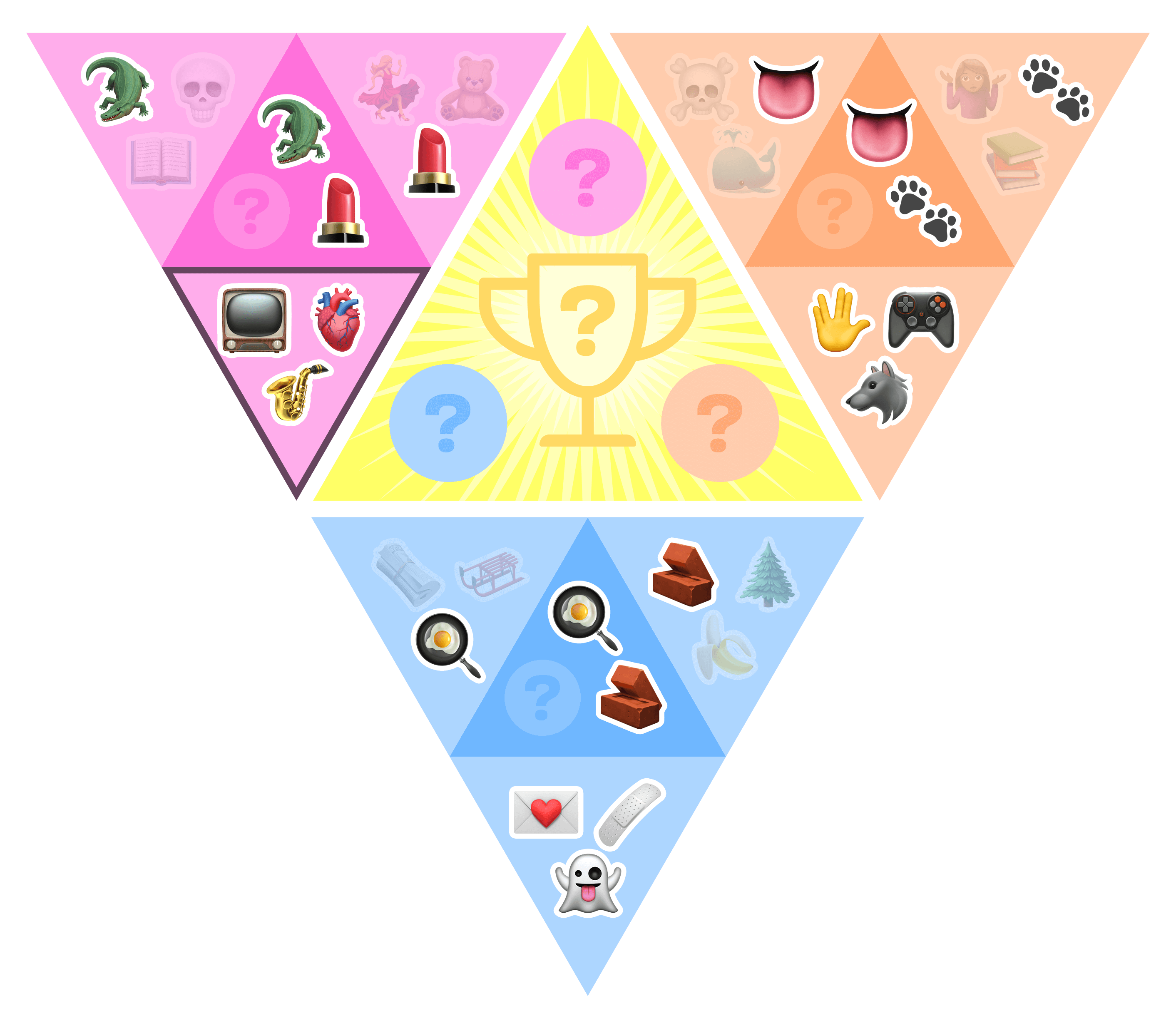 Who is going to still smell the best after a week without showering?

Whatever Floats Your Quote

Pop culture questions with answers contained in the lyrics to LFO's "Summer Girls."

Questions about the pop culture happenings of 1998.

My father hauls Yoo-Hoo, but I live upstate.

A comic gets lost, so I'll just have to wait.

Break the plastic divider, and you might say "oops,"

But nothing is worse than insisting it's "moops."

In season 4, episode 7 of Seinfeld, Jerry meets a Yoo-Hoo driver (Brian Doyle Murray) and agrees to meet his sterile-environment-requiring son Donald (a.k.a. the bubble boy) in upstate New York on his way to Susan's family cabin. Jerry gets separated from George and doesn't make it to Donald's house, so George and Susan play trivial pursuit with him to pass the time. After an altercation involving a mispring of the word "moors" as "moops," George breaks Donald's plastc divider, or "bubble."

We didn't give his name in the game, but the spoon-bending (fake) psychic in round one is Uri Geller.
A "Juke Joint" is a thing; it's an informal club with music, booze, dancing and often gambling, sometimes referred to as a "barrelhouse."
Another correct answer for who said "May the Force be with you" in Star Wars would be General Dodonna, played by Alex McCrindle (and Ian McElhinney in Rogue One)
TC Tuggers: they're not a joke, you don't wear them to pub crawls like you do with the Snuggie.
The Paris Review: because who else is going to publish an article called, "The Ontology of Circus Peanuts."