The season three playoffs have arrived!

Today, returning victors Emma, Conrado, and Kate square off for a spot in the championship match.

Round one tests their knowledge of movies and tv shows that are composed of characters from other pop culture properties, while round two asks them to identify recent best picture winners by their DVD extras. And as always, it all comes down to the lightning round. 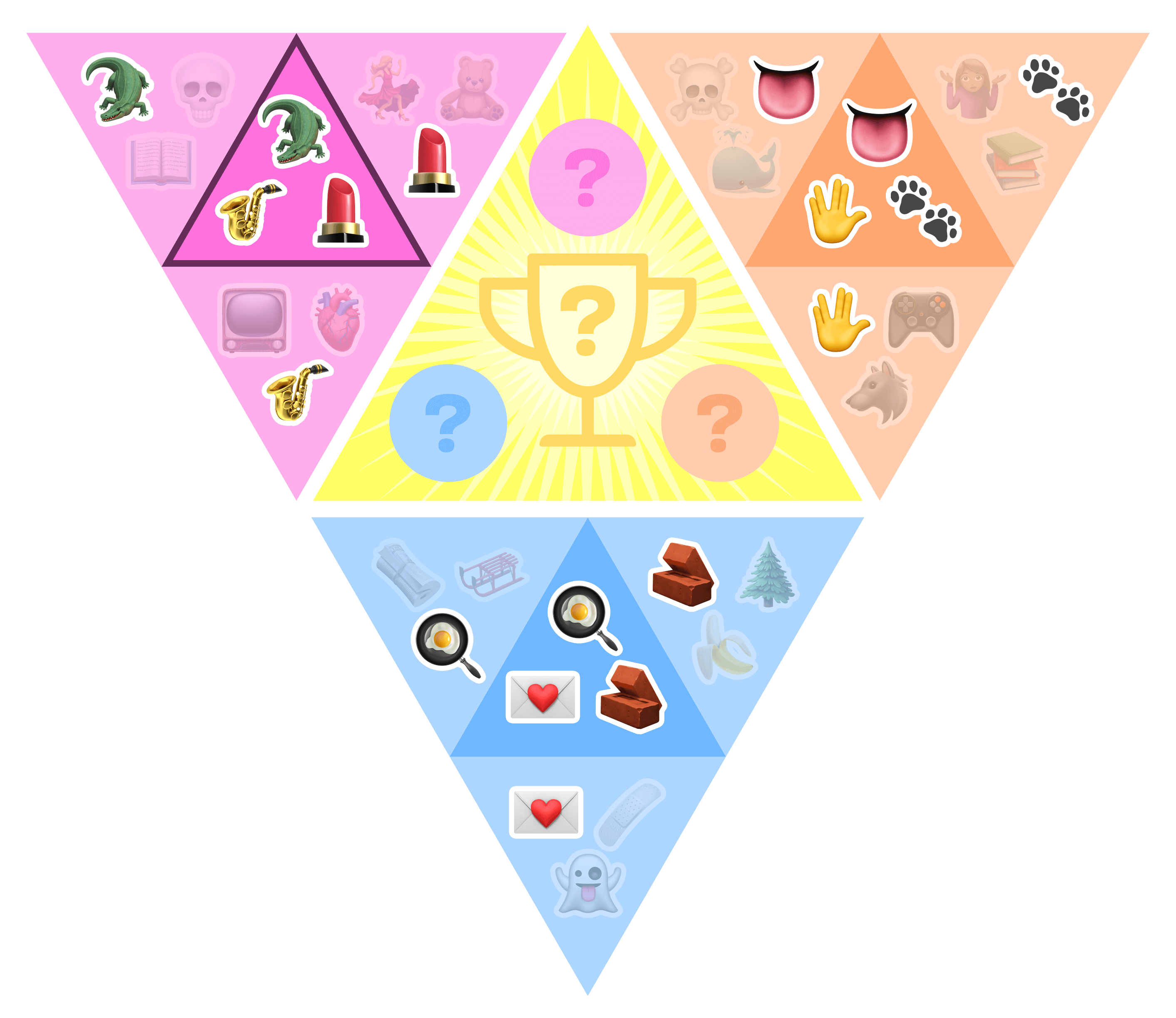 Which champion is most likely to take down Dracula?

More Anything? More Everything!

Identify the pop culture property from a description of its motley crew.

Burning Down the House of Mouse

Questions about animated musicals not made by Disney.

It's The Same Old Song

Questions about Motown groups and hits.

I've a large population, and yet there are 'nun.'

A local man keeps all his children from fun.

This town might succumb to a growing world power,

But listen for songs of a little white flower.

Salzburg, Austria, as seen in The Sound of Music. This riddle starts off with a killer nun pun, so you're welcome for that. The local man is Captain Von Trapp, who as a single father makes his chaldren do military marches rather than singing or playing. With the third Reich on the rise, the whole auditorium at the festival sings Edelweiss, a song commemorating a small, white, Austrian flower.

Apparently, Conrado was not aware of the Bugs Bunny fights a vampire cartoon, 1963's Transylvania 6-5000, or the videogame fight in 1999's Bugs Bunny & Taz: Time Busters.
Q*Bert was indeed in Adam Sandler's Pixels, but the less said about that appearance, the better.
Sark from Alias played "Doctor" Frankenstein in Once Upon a Time, not the monster (who was played by Chad Michael Collins). Also, in OUAT, Frankenstein's origin involves Rumpelstiltskin, because reasons.
The Bosch scorebreak brought to you by the Bosch Booster Benevolent Society. If you already pay for Amazon Prime, if you feel like watching a perfectly acceptable police procedural with a compelling star and solid supporting cast, and if you have already watched The Closer and Major Crimes, you could do worse than Bosch.
Dermot Mulroney and Dylan McDermott Face Blindness Foundation: C’mon people, they don’t even look that much alike!