The final match of the season three playoffs has arrived! Returning players Julia, Eric, and Mike compete to claim the last spot on our season three championship match next week.

The game kicks off with a musical challenge where faded audio clips form unlikely supergroups (e.g. Crowded House of Pain).

Things get numerical in round two as players pick the pop culture property with the highest playing card in its title. After our kings and queens absolutely ace this challenge, a rousing lightning round determines the winner. 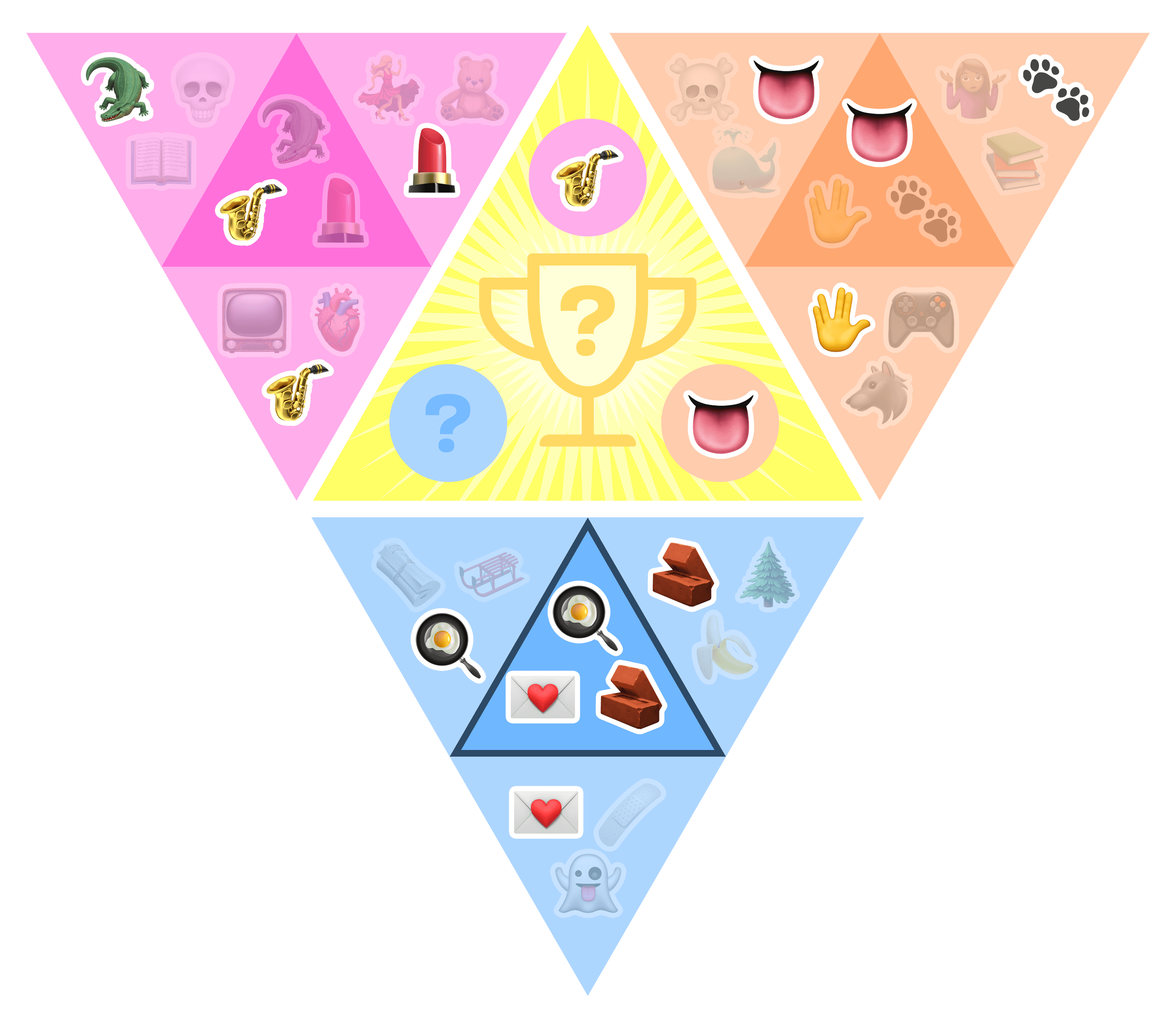 Who's going to throw the best tea party?

Name the new supergroup after a crossfaded clip of two songs is played.

Identify which of three descriptions of pieces of pop culture has the highest playing card value in its title.

Pop culture questions in which all the answers have the letters "hop" in them.

Questions about movies and TV dealing with the 2008 financial crisis.

A Bit Of A Stretch

Questions about limosuines and chauffeurs in pop culture.

With the Ramparts, I got a glow-up,

But in my biggest role I get the axe when I show up.

I did lots of bad shows; it doesn't bother me.

Scatman Crothers broke out musically with the group "The Ramparts." His most memorable film role, as Chef Dick Halloran in The Shining ends abruptly when he's killed with an axe when he shows up to save the family. His bad shows include Dixie Showboat, Casablanca, Morningstar/Eveningstar and his recurring role as the voice of Jazz on Transformers. Today, his lead role as Hong Kong Phooey is probably best forgotten.

The Mad Hatter's price of 10/6 is also half a guinea, because pre-decimalization British money was nonsense.
The Weekend at Bernie's Scorebreak. Weekend At Bernie's: deep down, we all like it better than Dangerous Liaisons.
"Long, tall Sally, she's built for speed, she got everything that Uncle John need," is perhaps the most nonsensical set of lyrics to ever appear in a popular song.
The Gene Hackman Trending On Twitter Scorebreak. Gene Hackman trending on Twitter: it's just his birthday, nothing to worry about
The Grace Jones lyric referenced in round three is, indeed, a double entendre. We apologize for any confusion.