We’ve arrived at out third season finale! This week, our three divisional victors Kate, Mike, and Randy will all square off to become the next super mondo champion of champions. The game kicks off with a special round of My Champion that recalls another notable third season finale, before round one quizzes our players on movies that mash up characters from all kinds of other properties. The mashing up gets even brainier in round two when players name the family sitcom based on information about other characters played by those same actors. Related follow ups take our players in even more different directions, so breadth of knowledge is key for this episode. And in true Great American Pop Culture Quiz Show Fashion, it all comes down to the lightning round to truly determine the winner. 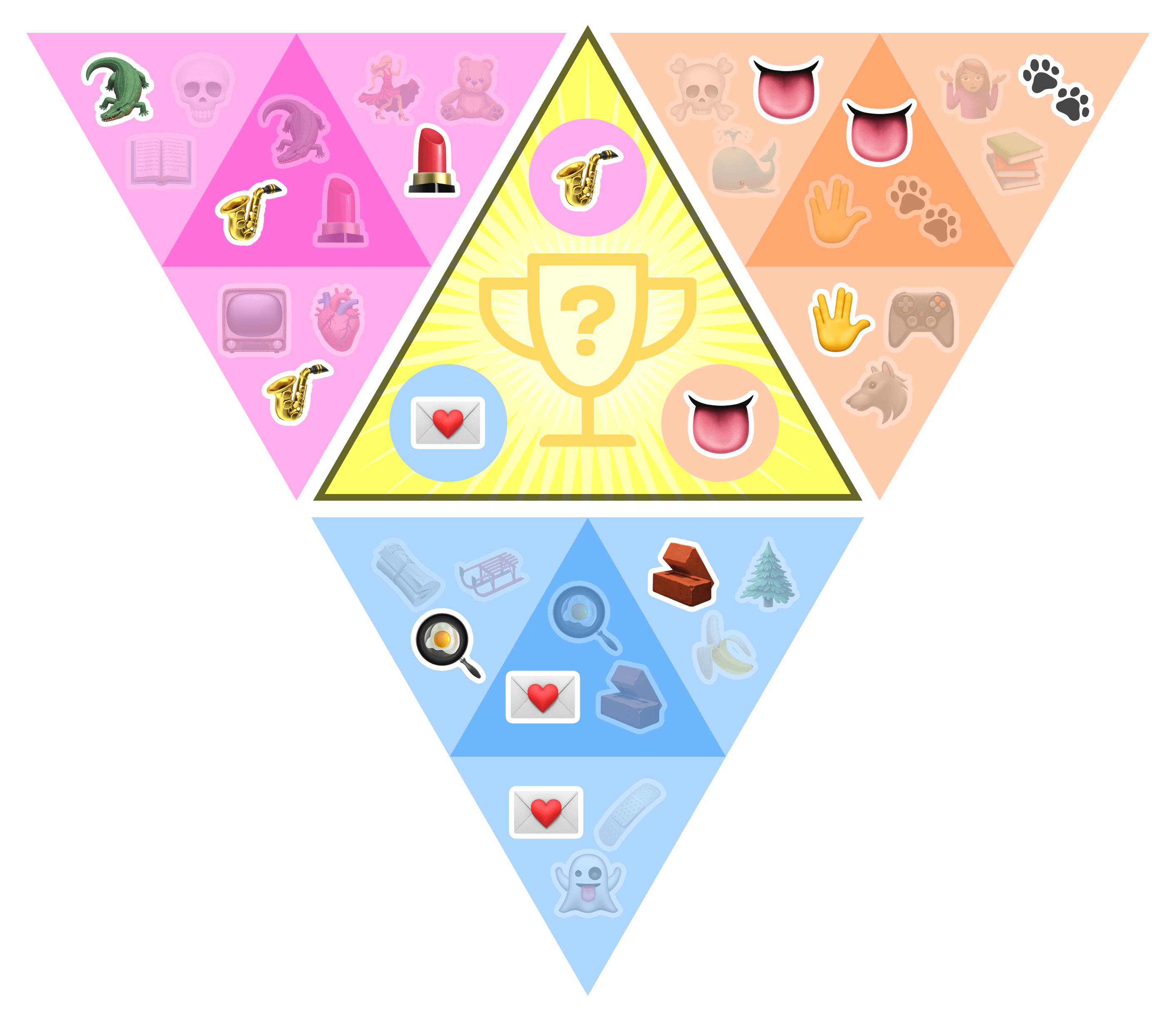 Shut the Door, Have a Seat

Who is going to best sell you a can of diet soda?

Say Hello To My Little Friend

Name the TV show or movie from a description of a named inanimate object.

Identify the family sitcom given cast descriptions from other roles in their filmography.

The Wrong Day to Quit Drinking

Questions about the life and career of Lady Gaga.

And The Championship Goes To...

Films that won the Oscar for Best Picture.

A five movie franchise, the sixth not complete

Avoiding a force that is tricky to cheat

If it's planes, or trains, or a big roller coaster,

you can always look out for a skull on the poster

The Final Destination movie series has five installments, though a sixth is reportedly in development. They involve people who have somehow cheated death, and death comes for them in increasingly elaborate ways. The first installment began (and the fifth installment ends!) with people avoiding a deadly plane crash, and had an sequence involving getting stuck on the train tracks. Among the most famous sequences in the whole franchise is the roller coaster death scene from Final Destination 3. All the movies in the franchise have at least one version of their poster that has a skull somewhere on it.

It's not totally clear why, but Muppet Babies doesn't stream anywhere (at least the original; no one cares about the new one)
This scorebreak is brought to you by Coconut LaCroix. Coconut LaCroix: all the refreshing taste of pennies coated in sunscreen, with none of the visits to the ER after.
Somehow, this is the first time that we've referenced the X-Men character Cable. He has just about the most complex history of any of the X-Men, and that's saying something.
The Cary Fukunaga's Maniac Scorebreak. Cary Fukunaga's Maniac: it's been a hot minute since we referenced this Netflix series here on the show, so we figued we'd put it back into your brains because we're sure you've forgotten about it again by now.