Season four has begun! A brand new cabal of 27 contestants kicks off today with Neil, Jennifer, and Lauryn. A model game of My Champion gives way to trivia about some truly wild crossover events that you can ONLY find in the pages of comic books. Round two classes things up a bit with a mashup game about BAFTA winners. And, of course, it all comes down to the lightning round. 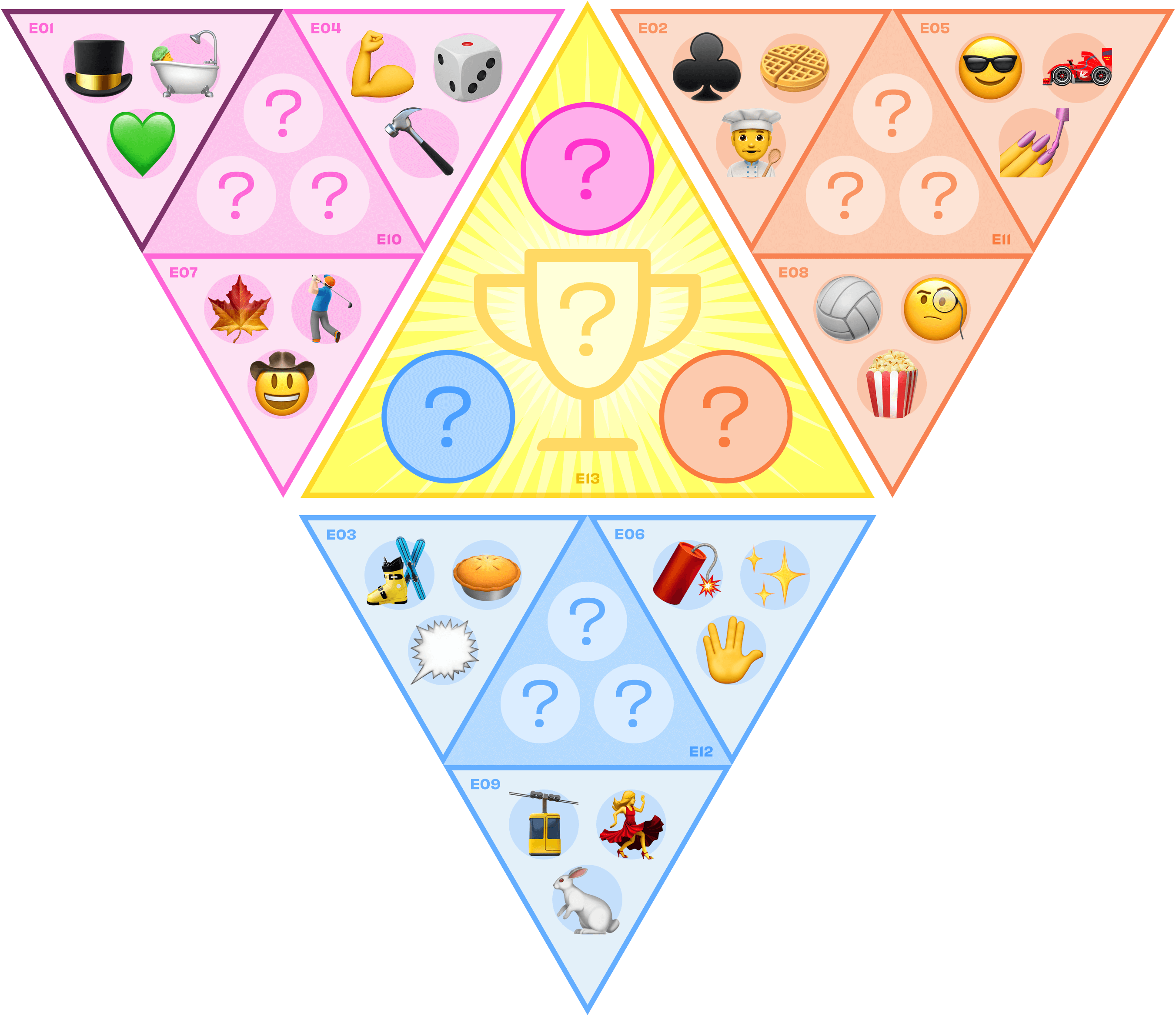 Who's going to write the juiciest tell-all memoir?

Half & Halftones 2: Half vs. Halftones

Identify the pop culture properties being crossed over in comic books.

Name the mashup title of a BAFTA winner and something low-brow to keep it humble.

Fit for a King

Blood in the Water

From my vulture I'll often gloat,

And shine the buttons on my blue coat.

Years later I'm back, with some musical flair,

And apparently rid of that darn bear.

Sky pirate Don Karnage, originally from the 90s cartoon Tale Spin flew (and often bragged about) his ship "The Iron Vulture." He wears a blue coat with shiny gold buttons. He was brought back for the 2010s revival of DuckTales, in which he sings, dances, and leads his crew in elaborate musical numbers. Not returning for the DuckTales appearance, though, was his nemesis from Tale Spin, Baloo, the bear.

We're aware that The Twilight Zone didn't really say "picture if you will," but the writers of The Shadow/Twilight Zone did not, as they used it in the solicitation text.
Roma did win the BAFTA for best film, but lost at the Oscars.
If some of the old horror movies we mentioned sounded bonkers, thank schlock master William Castle.
The Bagel Bites Jingle scorebreak. The Bagel Bites Jingle: if 'the evening' and 'suppertime' are distinct from one another, when the hell are these people eating supper?
The Chet Hanks scorebreak. Chet Hanks:....oh you know what, guys, there is NO way I am reading this on mic. I don't care how much he's paying us or WHO is father is, this is absolutely not happening.
Neil's personal website
See Neil's videos at Off Off Hollywood Productions
3 Guys Top 5s on Twitter
Check out Lauryn's Baby-Sitters Club podcast Generation BSC
The Stuttering Association for the Young
Today in Conservation
Brain Injury Association of America