This week, we welcome Renee, Kevin, and David to the show for all manner of fanciful framing for pop culture trivia. First, the gnomes from season two return with even MORE groan-worthy titles to fill out their kooky cinematic universe. Then, the gang from Mysteries Inc. bring out their famous friends with an audio round about Scooby-Doo celebrity guest stars. All this, plus a lightning round seal up the playoff roster for the Calisota division. 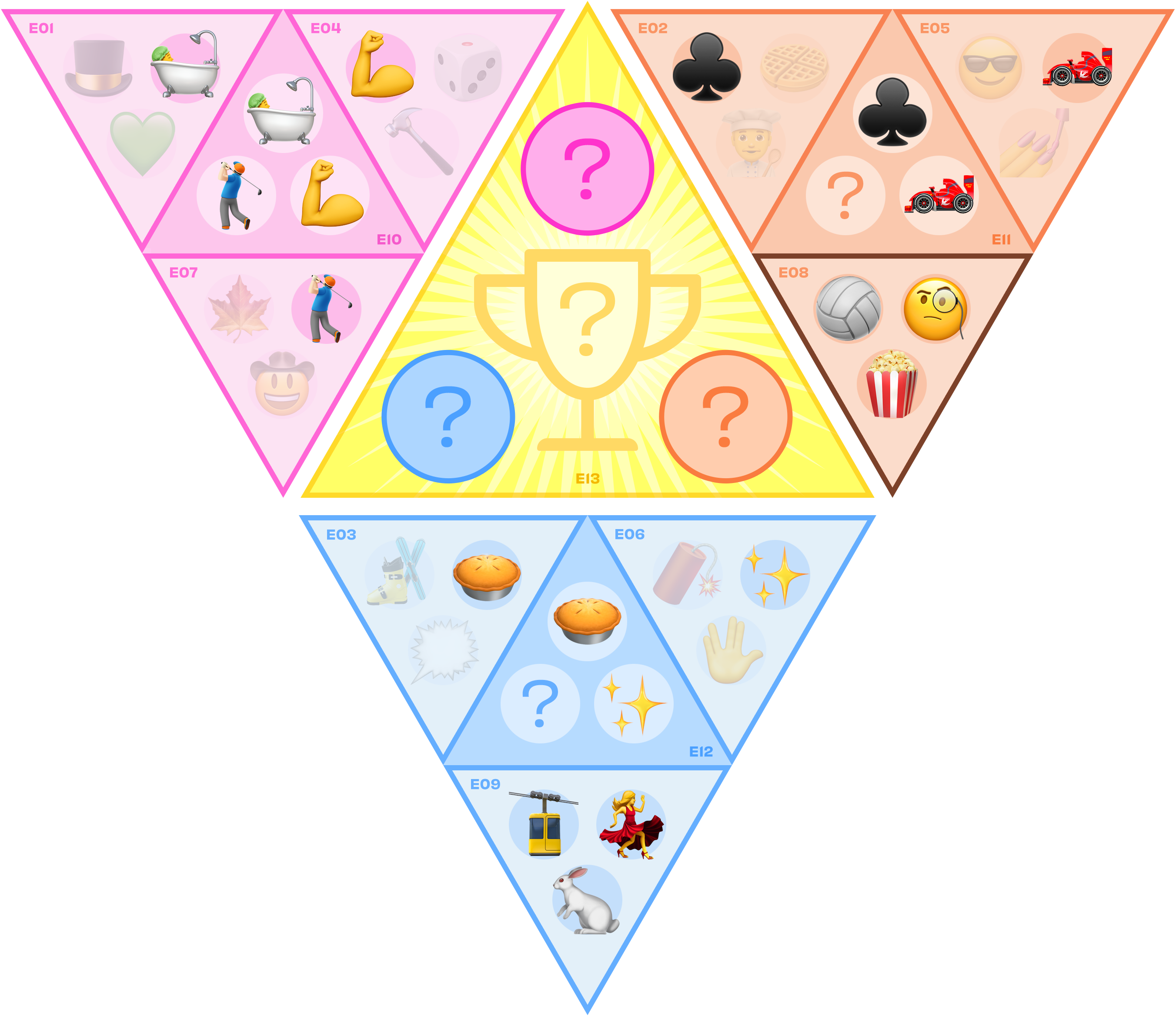 Which champion is going to be the best companion on a long road trip?

Gnome More, I Beg Of You

Identify the celebrity guest voice in Scooby-doo episodes and movies.

You Oughta Know the Answers

Questions about pop culture happenings of 1995.

Questions about live-action TV shows based on Marvel Comics.

Starts with discussion of a Dog Day,

And a hacker turned oil man to make his way.

There’s a ginger named Knowles who might be a Fed,

And a Scandinavian Axl shot in the head.

The 2001 film Swordfish begins with a direct to camera address from John Travolta about the movie "Dog Day Afternoon." The next scene features Hugh Jackman as a retired hacker working on an oil field, as he's no longer allowed to even touch a computer. Halle Berry's character is named "Ginger Knowles," claims to be a Federal agent, and Rudolf Martin's character Axl does indeed get killed by Travolta's henchmen.

There is some controversy about whether Todd Phillip's movie Frat House is actually a documentary, which is why it was permanently shelved by HBO.
While Home Movies started out in Squigglevision, later seasons were animated in Flash.
For a lot of people, Matthew Lilliard is now best known for his line of Dungeons & Dragons merchandise.
Yes, the Malcolm McDowell Scooby-doo episode was an extended riff on the 1979 movie Time After Time.
The Armageddon is a Disney Movie Scorebreak: apparently, Armageddon is a Disney Movie now.
This scorebreak is brought to you by fixed do. Fixed do: pitch arrangement for people who never bothered to just learn the alphabet.