We made it! The season five finale. Shannon, Kari, and Erica are each two-time winners, but two of their perfect streaks end today. After hammering into My Champion and nailing The ½ Point, we’ll start melting brains with an opposite songs game featuring backwards clips and all kinds of kooky wordplay. We’ll follow that up with confused descriptions from our pal Old Man MacTavish, who is mixing up TV and movie properties starring the same actor. And, you guessed it, it all comes down to the lightning round. 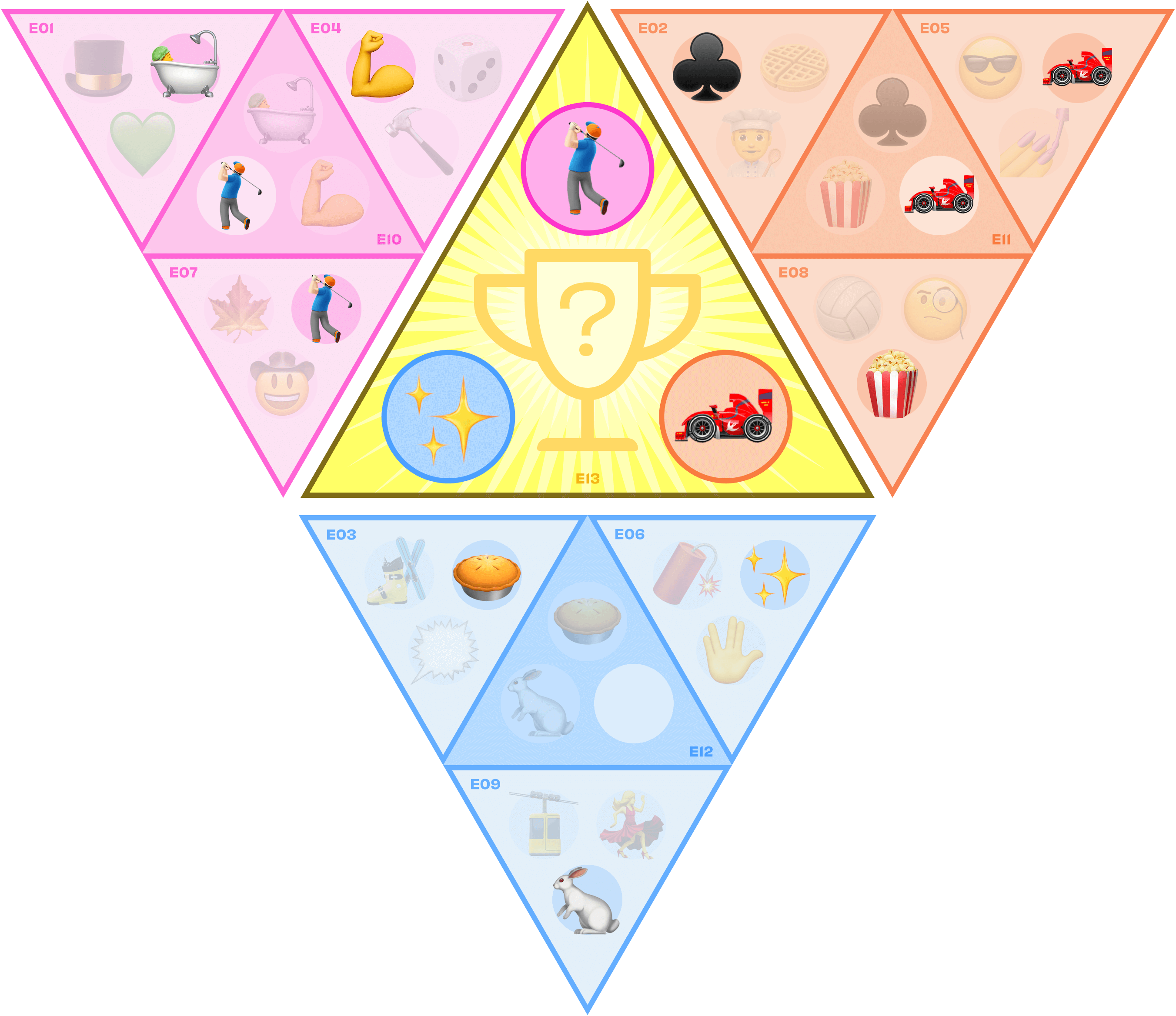 If He Be Worthy

Which champion is going to take the fewest number of swings to hammer in a nail?

Two Sides Of The Same Record

Given two artists and one song title, guess the second song title which is the semantic opposite of the first.

Leonidas is confusing same-actor roles from TV and film and needs you to identify all three elements.

Every answer contains the name of a planet (or former planet) from our solar system.

They're coming in peace from their alien hive

With circular language, her brain is rewired

So all of those flashbacks have not yet transpired

In the 2016 movie Arrival, based on Ted Chiang's Story of Your Life, the heptapods come to earth in a non-violent, purely benevolent fashion. Linguist Louise (Amy Adams), starts to expereicne the past, present, and future all simultaneously as she begins to learn their language. This perception is eerily similar to that of the Tralfamadorians from Kurt Vonnegut's novel Slaughterhouse-Five. Because these heptapods don't percieve time linearly, their visual lanaguage presents in circles to be read all at once. As such, the sections of Louise's life presented as being her past are revealed at the end of the film to actually be her future.

Tammy Wynette seems real sure that her 4 year old son, Joe, doesn't know what "J O E" and "T O Y" spell in her song, "D I V O R C E"?
Don't tell the people making knock-off Jurassic Park costumes that velociraptors are too small to ride.
The Waka Waka song! Come, on the Waka Waka Song?
This scorebreak is brought to you by Rocky Horror Shadowcasters. Rocky Horror Shadowcasters: We were cosplaying before it was cool, and we still put the 'cult' in cult movie.
For Deep Throat, we would also have accepted Liam Neeson ("Deep Throat: The Man who Brought Down the White House") or Kirsten Dunst and Michelle Williams ("Dick") or even Jerry Harden ("The X-Files").
Tatum O'Neal is the youngest person to win a competitive Oscar, but not the youngest to win any Oscar, as Shirley Temple got one when she was 6.
Yes, we know that "Day of the Triffids," is actually from 1962. Just be happy we remembered it at all.
The Universal Wisdom Scorebreak: it pretty much all boils down to Be Excellent To Each Other and Party On, Dudes!