Season two continues with a special guest appearance! New players Aaron and Claire face off against returning player and somtimes-acting-scoremaster Tara Ariano! A decidedly adult round of My Champion gives way to a very kid-oriented round one, with players guessing a pop culture property from an excerpt of a Little Golden Book associated with it. Round two gets sinister and complicated with a quiz about movie conspiracy theories, before we take it home with the lightning round! 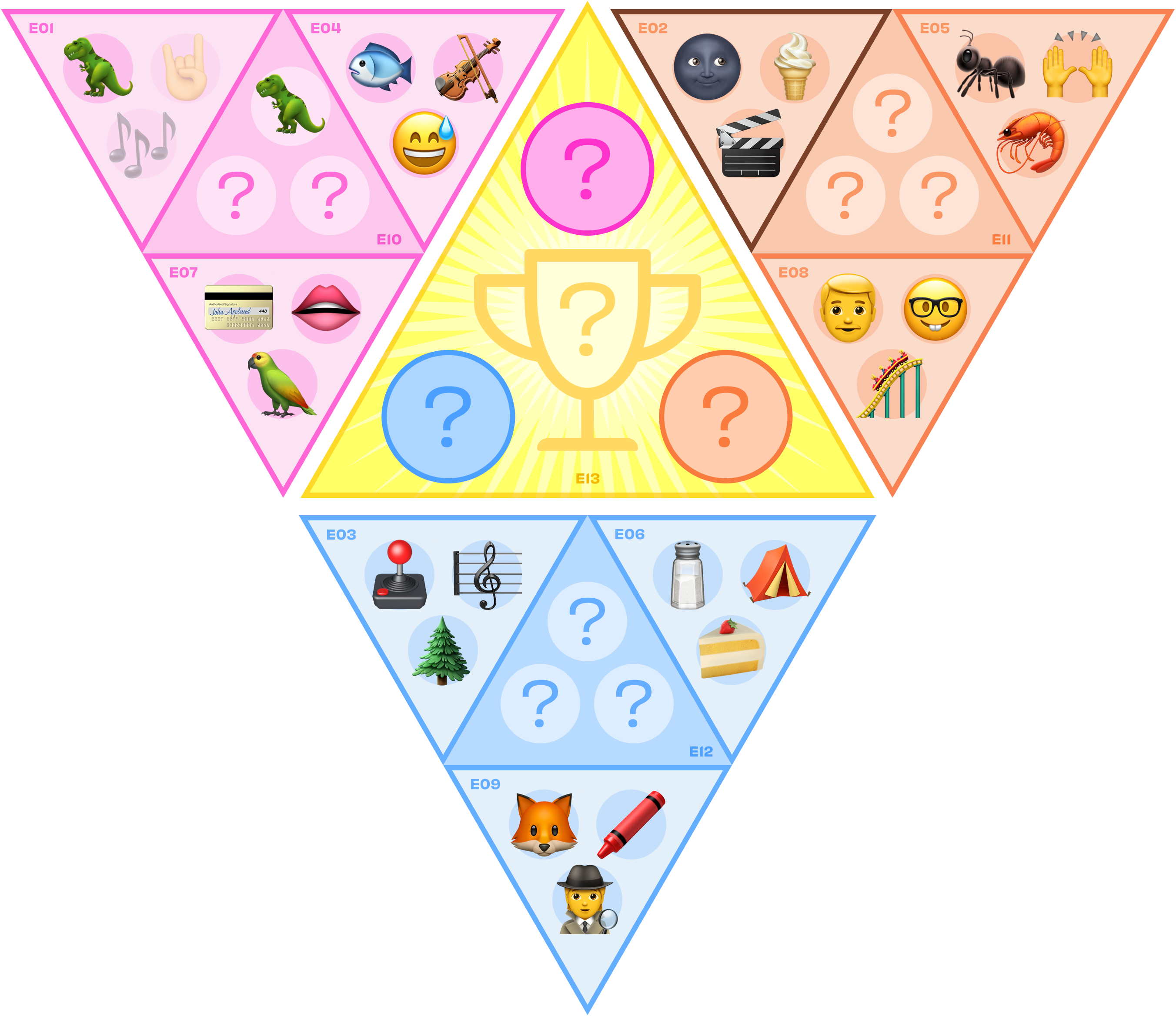 Which champion would do the best anti-drug PSA?

It's All Connected, Man!

Name the movie or TV show from a description of a conspiracy storyline.

Movies whose titles start with the pronoun "I."

A normal life is what she chose,

In a New Jersey town

To go with her new movie clothes.

After the events of the Avengers movies, Wanda Maximoff (aka The Scarlet Witch) has tried to build a normal life in a New Jersey suburb with the synthezoid Vision. Her efforts are complicated by her magical powers, and the series WandaVision culminates with her gaining a magical crown symbolizing her role as a pre-ordained magical power; she also gets a new costume to wear in the later movies she'll show up in.

Other Star Trek: TOS Little Golden Books include Too Many Tribbles and I am Mr. Spock.
Weirdly, "Albert" is not the name of the Skipper character played by Dwayne Johnson in the recent movie version. He's "Frank."
There are, in fact, My Little Pony Little Golden Books.
The Five Cadam Scorebreak. The Five Cadam Scorebreak: We took one cadam off to honour the Hebrew God whose scorebreak this is.
If our version of The X-Files mythology doesn't make a lot of sense, well, neither does the mythology of the X-Files.
Unfortunately, the movie The Parallax View is not at all related to the Slavoj Žižek book of the same name. No rehabilitation of dialectical materialism here!
This score break is brought to you by … The Science Guy Exposition Dump! The Science Guy Exposition Dump! Be it a professor, an animated DNA strand or some kook in a lab coat, the Science Guy is here to help, standing by to lecture important plot points while gobsmacked characters stare into space and ask all the questions the audience has. No plot contrivance is too outlandish when you have the Science Guy to explain everything and get your story moving.
Wait, how do you pronounce the name of Batman villain "Ra's Al Ghul"?
Lindsey Lohan's I Know Who Killed Me is considered a debacle of the first order (9% on Rotten Tomatoes), but there have been some attempts at reconsideration.
Blumhouse's low cost business model has received a lot of attention in the industry and financial press.
Follow Claire on Instagram
See what Aaron is watch on Letterboxd
The National Network Of Abortion Funds