It’s all about supportive partners on this week’s new episode! Newcomers Chris and Karenna square off against season three returner Paul. Round one will test our players’ knowledge of which actors have been onscreen-married to other actors, while round two asks about the cast that supported several Best Supporting Actor contenders to their Oscar wins. But at the end of the day, it all comes down to making the right choices in the lightning round! 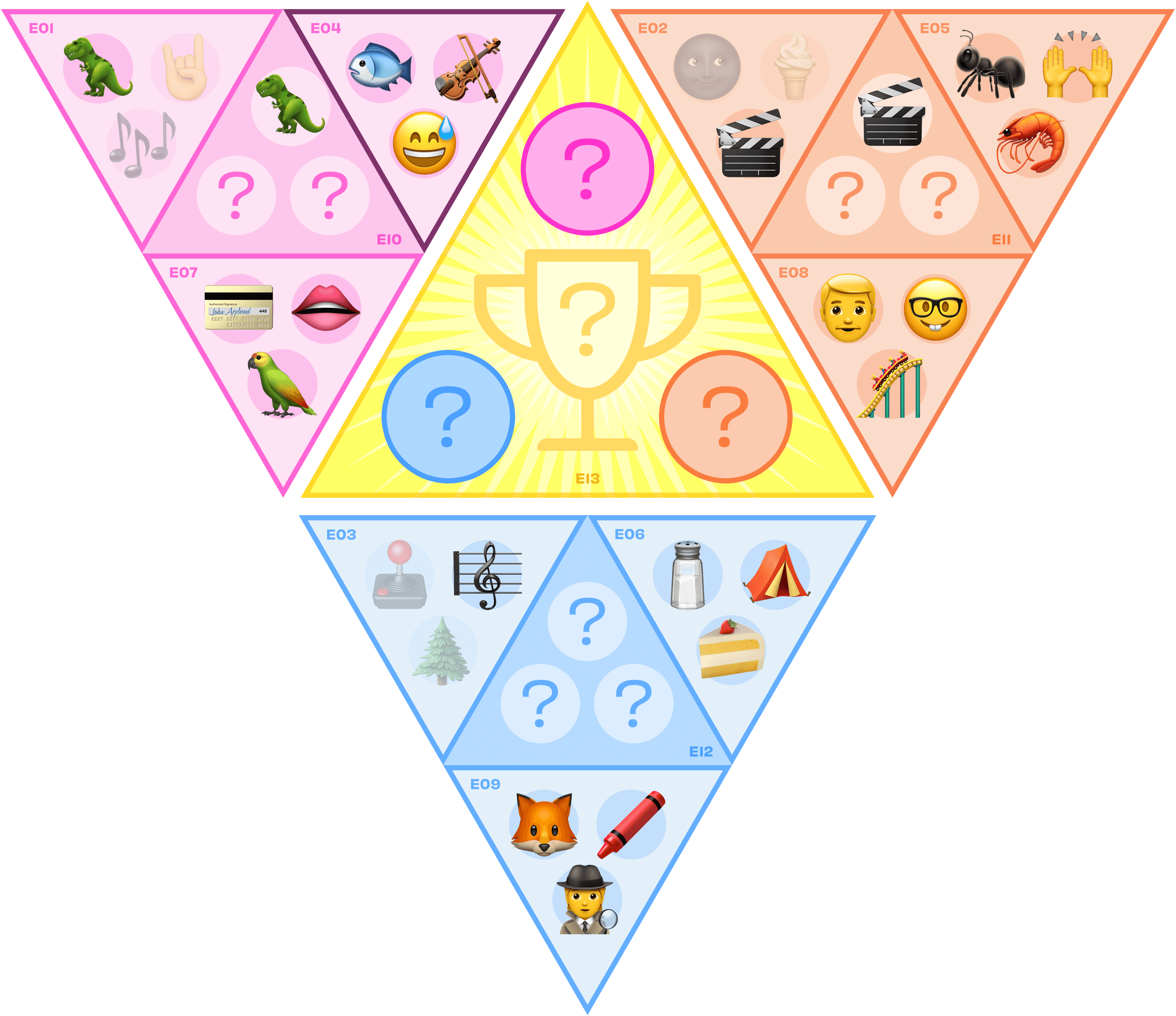 Which champion could hold their breath underwater for the longest?

Identify the actor from three other actors who player their spouse.

Name the Best Supporting Actor from up to three of their co-stars.

Napster, Trucker Hats & A Machete To The Head

Questions about Halloween-y Movies from the 2000s.

Questions about songs in the song "Mix Tape" from the musical Avenue Q.

From Eight to Ten, Gregorian

Questions about October in pop culture.

A musical number both fun and terrific

You might be confused if you think South Pacific

A communist spy dances up on the table

While the fate of the studio's star is unstable.

The Coen Brothers' film Hail, Caesar! is not a musical, but features a big song-and-dance moment that is very reminiscent of "There is Nothing Like a Dame" from The Rodgers and Hammerstein musical "South Pacific." The song, "No Dames," was even disqualified from Oscar consideration because of the similarities. The number is led by Channing Tatum as Burt Gurney, who is later revealed to be a Communicst infiltrator to Hollywood. He even is the one to collect the ransom money dropped at the studio by Eddie Mannix (Josh Brolin) to rescue kidnapped star Baird Whitlock (George Clooney).

Don't tell Taylor, but bomb fuses can go off underwater.
In The Abyss, the rat really was breathing oxygenated fluid (and was fine), but Ed Harris wasn't.
John Kani had a fairly small role as T'Chaka, T'Challa's father in the MCU, but he's mostly a high end Shakesperean actor with the Royal Shakespeare Company
The movie Armageddon does, in fact, end in Liv Tyler getting married to Ben Affleck.
The Morse Code Scorebreak. Morse Code: dash dash/ dash dash dash/ dot dash dot/ dot dot dot/dot [That spells Morse, in homage to Inspector Morse]
The Prestige was two years earlier than The Dark Knight, in 2006.
Charles Martin Smith is a "that guy!" supporting actor with a very distinctive look.
According to IMDB, Don Ameche is actually the lead role in "Cocoon," but the Academy disagreed.
It's time for the "I'm not really sure how to do a scorebreak sponsorship." I'm not really sure how to do a scorebreak sponsorship. I just answered the riddle for fun and never expected to win" scorebreak.
QUIZ PEEPS UNITE! Check out Paul's quiz outfit Quizfix.
Donate blood, you got lots.