Things are extra tuneful on this week’s new episode! Jim, James, and Gerald all face off for pop culture games and trivia that really test their musical minds. A cello-themed round of My Champion gives way to a round one filled with some unexpected movie-singing (though some of these examples are VERY expected if you have been tracking the types of movies Taylor likes to put in games). Gears shift in round two where players try to un-confuse pop culture properties that each have characters who share a first name. And as always, it’s not over until everyone gets a crack at the lightning round! 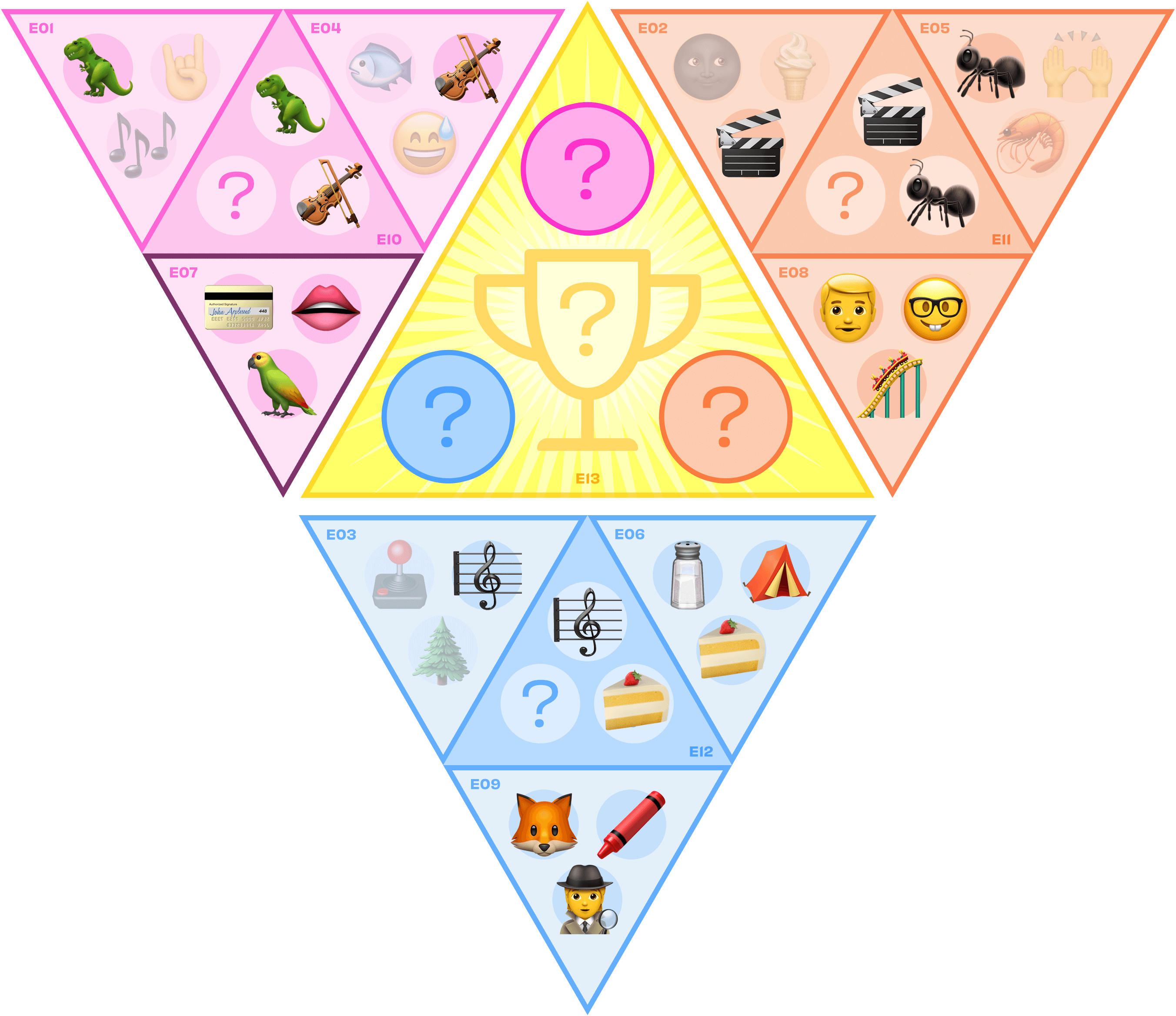 Which champion is going to have the most natural talent for playing the cello?

How Can I Keep From Singing?

Who's that singing? What movie is that?

Questions about movies that won the Producers Guild of America award for Best Picture.

Questions about pop culture appearances of The Grand Canyon.

He's not quite Godzilla. You'll find him on Nick.

His chocolate will turn your tongue green in a tick.

While tall and ferocious, deep down he's real nice

But what's he to do when there's kids on the ice?

The character of Reptar, idolized by the babies on Nickelodeon's Rugrats, is a large green T. Rex-esque creature with blue spines, modeled after the kaiju Godzilla. As a ubiquitous character within the Rugrats universe, he has chocolate bars where the gimmick is that they turn your tongue green. When the characters go to see Reptar on Ice, the man in the suit has to improvise when the babies get on the ice in an effort to meet their dino idol.

The iconic "I Say a Little Prayer for You" scene from My Best Friend's Wedding was apparently a last minute addition to the film.
That wasn't actually Michael J. Fox singing in Back to the Future.
But years later, he did later perform it live on stage with Coldplay.
The "Whoever is sitting in the top right spot on Match Game" scorebreak. "Whoever is sitting in the top right spot on Match Game." Charles Nelson Reilly or get the funk out.
How recent is the stardom of Olivia Rodrigo? She did her first live concert the day before we recorded this episode.
We should note that the wonderful cartoonist Ryan Dunlavey actually did the Charlie Brown/Prof X joke as a cartoon strip.
Suits ended earlier this year after nine seasons.
The "misheard song lyrics" scorebreak. Misheard Song Lyrics: maybe Tony Danza doesn't WANT to be held.
Follow James on Twitter
Leave Jim the hell alone.
Close Ties to Home Country by Akanksha Cruczynski
Gerald on Twitter
Gerald on TikTok