The season five playoffs begin as James, Paul, and Seth duke it out for the North Shore High division title and a spot in the finals. Round one looks at songs with memorable uses of the note to follow sol before round two shakes up the before-and-after answer style with names instead of titles. But only one player can advance, and it all comes down to the lightning round! 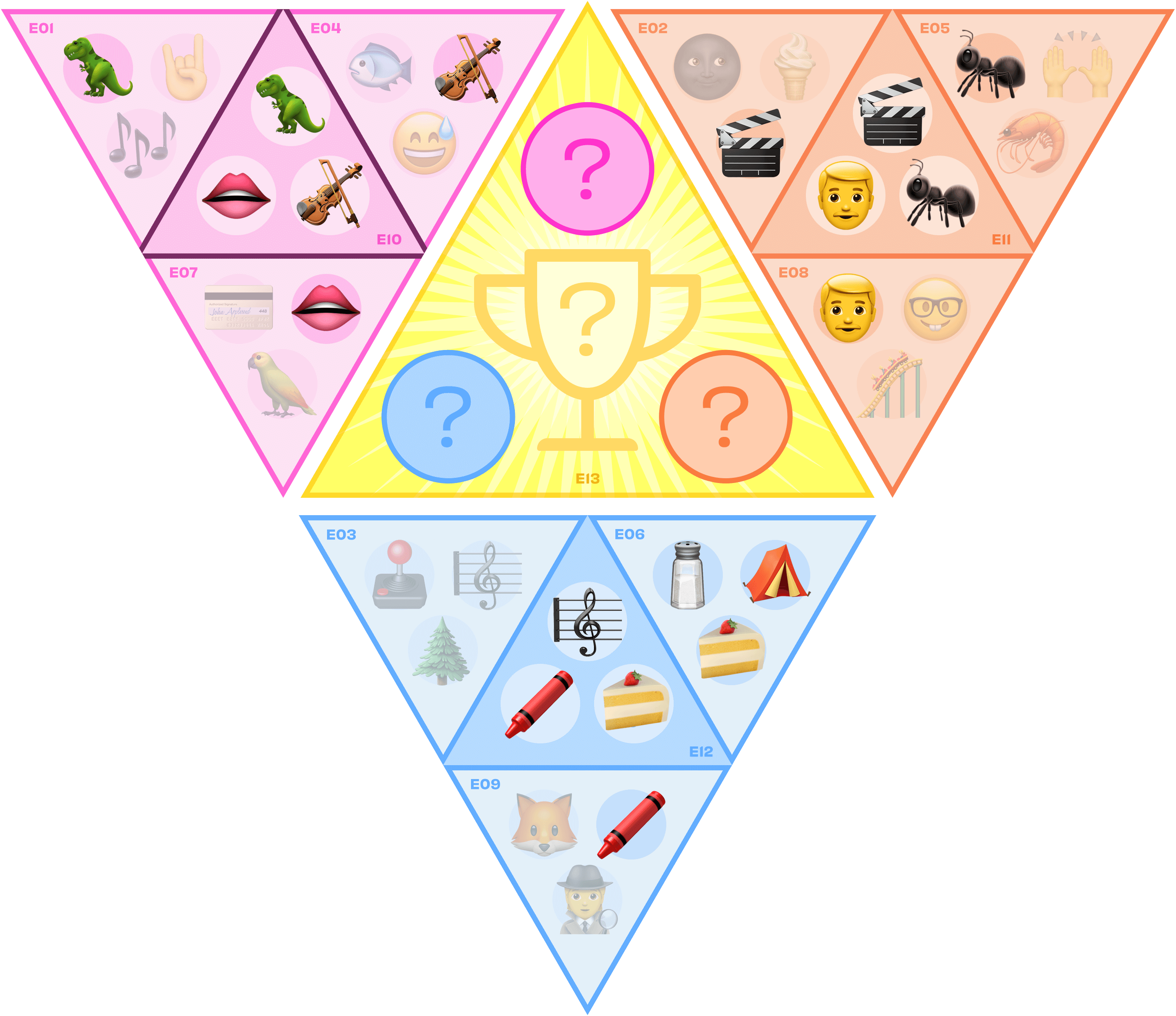 Once Upon A December

Who is going to be be the best featured dancer at the Russian Ballet?

Get Your La Las Out

Name the song from just its "la las."

Figure out the actor mash-up from up to three pairs of properties they have acted in.

The Rocks That She Got

Questions about zombies in pop culture.

A long weekly look at a noted director.

Their producer's become quite the nickname collector.

Each episode goes through to great pains to announce

An actor and critic, with movies they're smitten.

And one of them, shockingly, grew up in Britain.

Episodes of Blank Check routinely run much longer than the movie they're ostensibly talking about, as #thetwofriends Griffin Newman and David Sims make their way through the filmographies of directors who have massive early success early on in their careers and were given a series of blank checks to make whatever crazy passion they want; sometimes those checks clear, and sometimes they bounce (baby). Former producer Ben Hosley has accrued many nicknames over the course of the show, which are occasionally recited in full by Griffin. Griffin is an actor (seen on Amazon's The Tick) and David is a cultural critic for The Atlantic. David is American, but spent much of his childhood in Great Britain, a fact that seems to surprise Griffin every time it comes up.

Elton John has defended the... less than original sound of "Crocodile Rock" saying in the notes of the '95 re-issue, "Of course it's a rip-off, it's derivative in every sense of the word."
Thankfully, we didn't use the modified version of "Popular" Chenoweth sang about Anthony Weiner.
If "la la" doesn't sound like something Tom Waits would normally sing, he has said that "Jersey Girl" was his "experiment with Sha La La."
The Uncanny Valley Scorebreak. The Uncanny Valley: I don't care how much it cost! The faces in The Irishman might as well have been Tom Hanks in The Polar Express.
For Before Sunrise, we say "mostly" in Vienna, Austria, because it starts on the train, so they might still have been in Hungary.
We could have used Stuart Townsend's role in the Kolchak remake, but we don't want to be predictable.
The Stop making Dan say stupid things scorebreak. Stop making Dan say stupid things. So what if he likes old movies? TCM is great!
Hey, remember when a show like Thanks a Million on Quibi could get a season two renewal announcement?
Kim Possible: So The Drama was actually the second Kim Possible animated movie.
You can follow James on Twitter
Track what James in watching on Letterboxd
If you're in Seattle you can play in Paul's Quiz Fix trivia nights.
You can tell Seth he has a great beard on Twitter