The last match of the season five playoffs has arrived! Jon, Brigid, and Joelle square off over three rounds to fight for a spot in the season five finals. First up, they’ll see which pop culture ‘boys’ deserve their own island reality show in “What Boys Island,” followed by a trip through the pop culture annals of the board game “Clue,” and all the properties that have put their unique stamp on it. And don’t forget the lightning round! It’s all this week on The Great American Pop Culture Quiz Show. We’re off for the holidays next week, but we’ll see you for the season five finale in the new year! 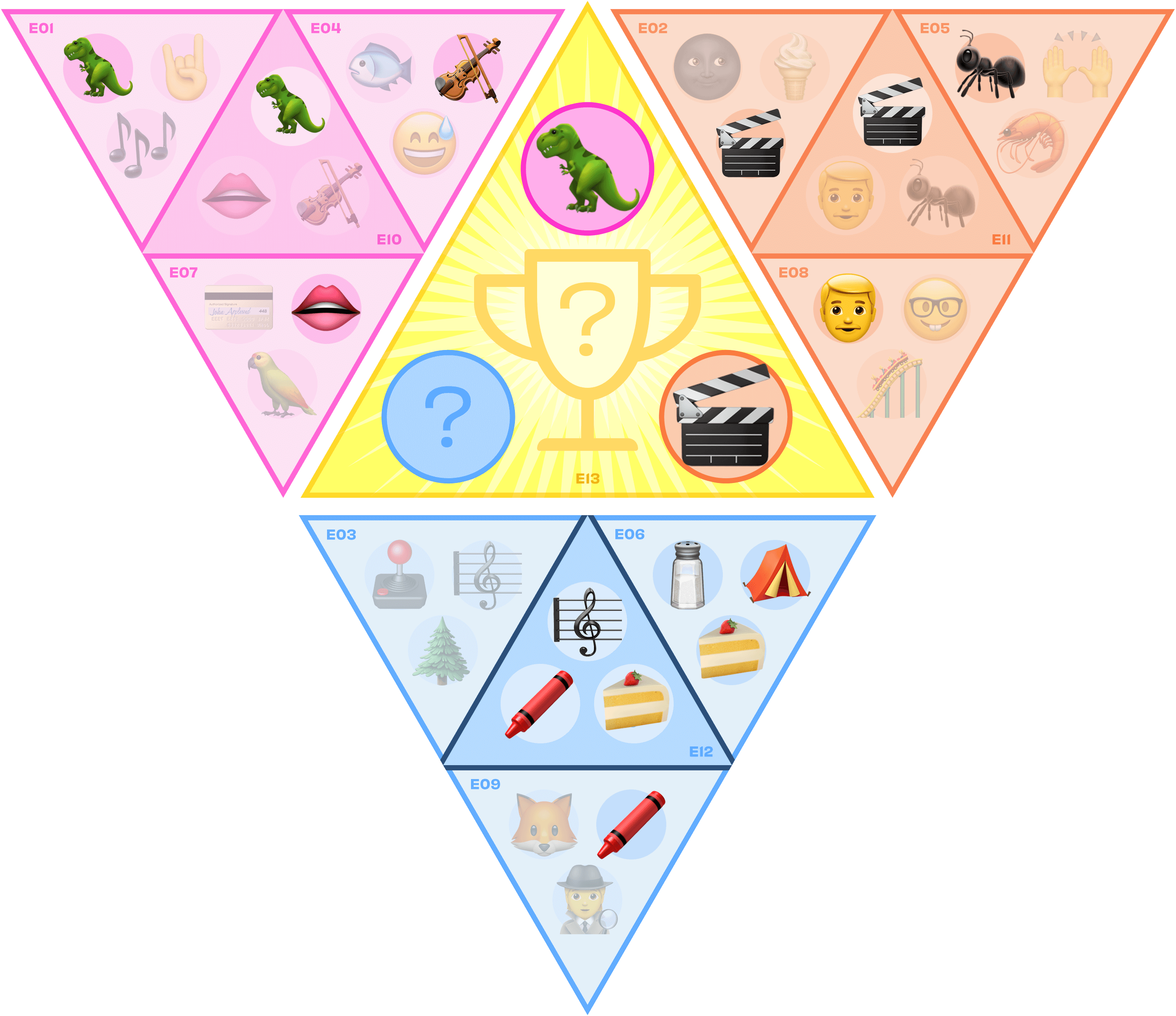 Which champion, as a ranch hand, would best cope with the revelation that the chow they are eating was their favourite steer Reggie?

Which pop culture entity with 'boy' in the title inhabits the island?

Identify the movie or TV show based on a description of their Clue board game special edition.

Anyone But Gere Or Zellweger

Questions about actors who have played Billy Flynn or Roxie Hart onstage.

Questions about TV shows with the word 'good' in the title.

Named after rocks and gems of all sorts

He’ll eat all the bits,

His pink shield stops the hits.

When to Homeworld he teleports.

In the Cartoon Network series Steven Universe, the title character and his three surrogate moms, the crystal gems, fight off alien gemstones who are coming to earth in search of Steven’s other mother, Rose Quartz, who is believed to be a traitor who killed one of the leaders of the gem empire. Steven’s favorite food is “the bits”: the leftover pieces of fries from the bottom of the fryer at a local boardwalk French fry shop. From his mother, Steven inherited the ability to generate force fields (and more powers, which develop later in the series), all colored pink, like the gem embedded in his belly. Towards the end of the series, he has adventures on “Homeworld,” where the gem empire began, and is able to get there by various means, including teleporting through the mane of a pink lion.

Ferdinand the Bull is based on a true story, which probably didn't end well for him. He might have been killed by Franco's soldiers?
We're also going to just come out and say that the 8 minute 1938 version with Don Wilson (you know, from The Jack Benny show?) is better than the John Cena version from 2017.
Astro Boy is a little dated at this point, but the manga update "Pluto" is one of the best comics ever made.
In the year of our Lord two thousand and twenty one, The Jerky Boys are still a thing, somehow.
The "Christian Alternative Third Wave Ska Punk" scorebreak. Christian Alternative Third Wave Ska Punk: The O.C. Supertones, The Insyderz, and Five Iron Frenzy are real bands, I promise!
There's at least one version of Clue/Cluedo that was too nonsensical even for us, the "Juicy Couture" edition. where you can play as "Cal I. Freakinfornia"
Horcelain, is, of course, a porcelain figure of a horse.
There is no Stranger Things Clue, but there is a Stranger Things Monopoly.
The "Larry 'Bud' Melman" scorebreak. Larry "Bud" Melman: official sponsor of a future "Kenny The Gardener" scorebreak.
Jerry Springer got his start on the RFK campaign, and has a long history in Ohio politics.
Our listeners may notice that we've now asked about Melissa and Joey twice this season, which is more than anyone has talked about it in years, but it did run for four seasons.
Stanley Tucci has even improved on his Negroni recipe, with local balsamic vinegar.
Listen to Joelle talk Animal Crossing on the PocketPod Podcast.
Joelle is also podcasting on The Great Pop Culture Debate Podcast.
Joelle doth tweet.
Brigid will delivery your baby on time and on budget.
Donate to The National Network of Abortion Funds