This is it! Our fifth super mondo championship match has arrived, and some stiff competition is coming to close out the season. Aaron, Brigid, and Seth all bring their A-game to three rounds of pop culture trivia to test their mettle. Round one is our kookiest musical game yet, celebrating movies with U.S. cities in their titles, as well as the songs of Kander & Ebb. Then round two shifts over to TV for a “Characters Welcome” round about bosses and employees. And a great lightning round finishes up the season in style. 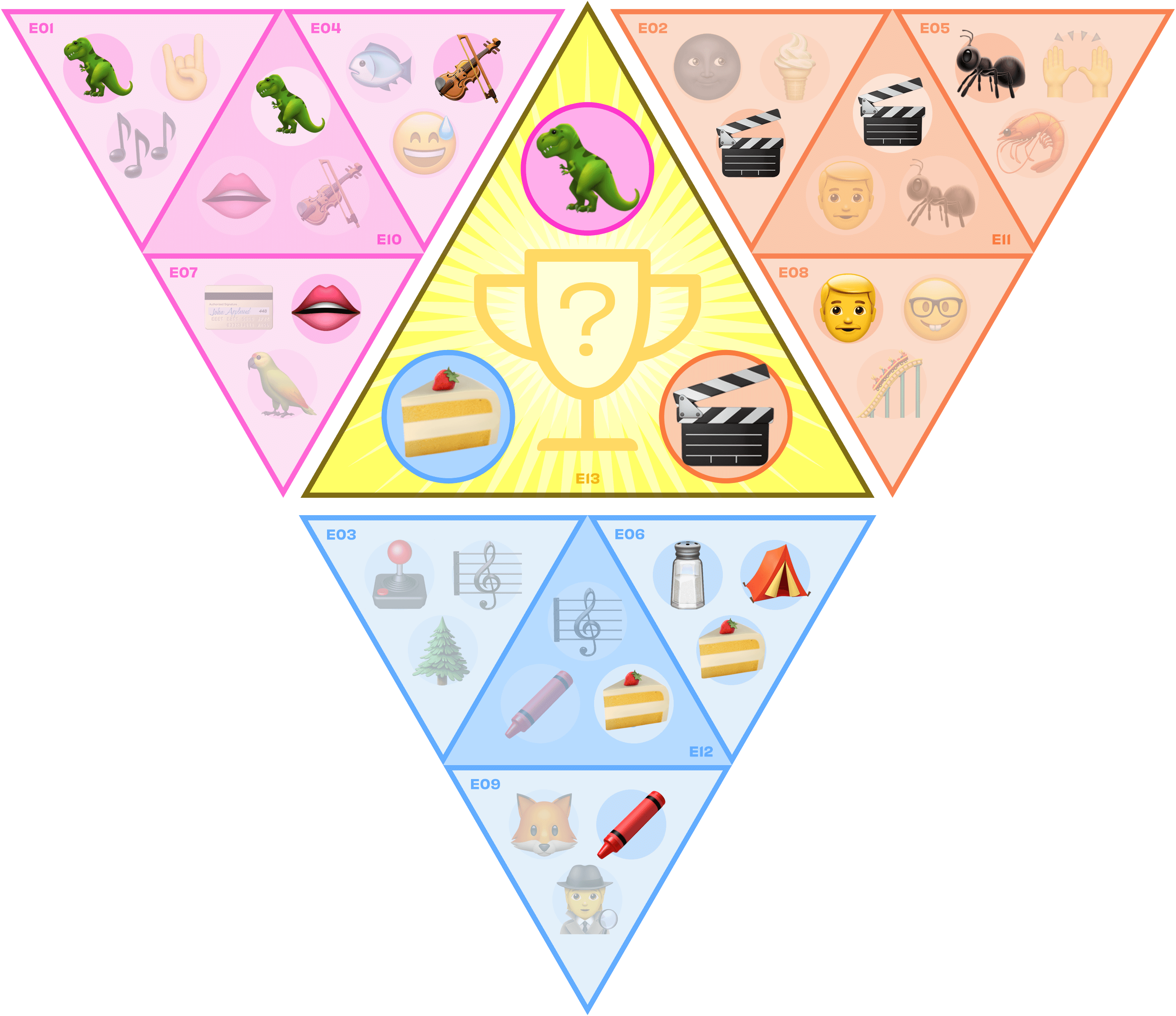 Who's gonna best slay the dragon?

Identify the movie title with an American city name in its title. Clues are sung to the tune of a number from Chicago.

Figure out who's the boss and who's the underling then name the TV show they are from.

While listening to R.E.M, they'll probe into the past.

But never quite discover why the jest was all so vast.

Set in wintertime, the movie The End of the Tour tells the story of author David Lipsky (Jesse Eisenberg) interviewing author David Foster Wallace (Jason Segel) at the end of the book tour for his novel Infinite Jest. This story was previously told by Lipsky in his 2010 memoir Although Of Course You End Up Becomg Yourself. There is mutual admiration between the two writers, but it's also fraught and tension, defensiveness, and intellctual one-upsmanship. One of the semi-climactic confrontations between them is set when Wallace has put on an R.E.M. record in his home.

Angel was supposed to have a Season 6 that we didn't see on TV, but based on the weirdness that was the official comic version of Season 6 - all of LA is in hell, and Angel is teaming up with a dragon - that might be for the best.
Rita Wilson's character does the work of directly connecting Sleepless in Seattle with An Affair to Remember, but (1) she improvised a bunch of that dialogue, and (2) she hadn't seen the original movie beforehand.
To be clear, in Mr. Smith Goes to Washington, Jimmy Stewart is worried about a "dam" project, not a "damn" project.
The Who Farted Scorebreak: Who farted? Dan's score: 8/10
While Like a Boss was released by Lonely Planet, the origin of the track was rather controversial, leading to law suits over the rights to the song.
Axe Cop is more than a little demented, but that's mostly because it was created by a 5 year old (with some help from his 20-something brother)
In addition to Robert Guillame, Rafiki has also been voiced by Khary Payton (The Lion Guard cartoon), and John Kani (2019 film)
The Adjudicator is the only John Wick bad guy not to get killed in the same movie that they're introduced.
The "Christopher Plummer in Star Trek VI" scorebreak. Christopher Plummer in Star Trek VI: who better to recite all the Shakespeare in the original Klingon? Dan's score: 7/10
Lucky the cat, from Alf, is, indeed, a male cat (we had to check, too)
On Benson, Benson's first name is... Benson. His last name is DuBois.
Have Brigid be the first face your baby sees.
Seth wants you to support teachers and local public schools
Aaron wants you all to know that our show is a lot of fun, so you should maybe sign up! Also, we all have to curl up under a blanket and watch Takashi Miike's Audition.