Words! Words! Words! We got them and our three contestants Chris, Mieka, and Tara have to figure them all out. In round one we’ve over-redacted four letter words in the [blank] and TV titles of 2021 and in round two we challenge our players to name the pop culture properties various made-up words belong to. Blerg! And of course it all comes down to saying it comes down to the lightning round. 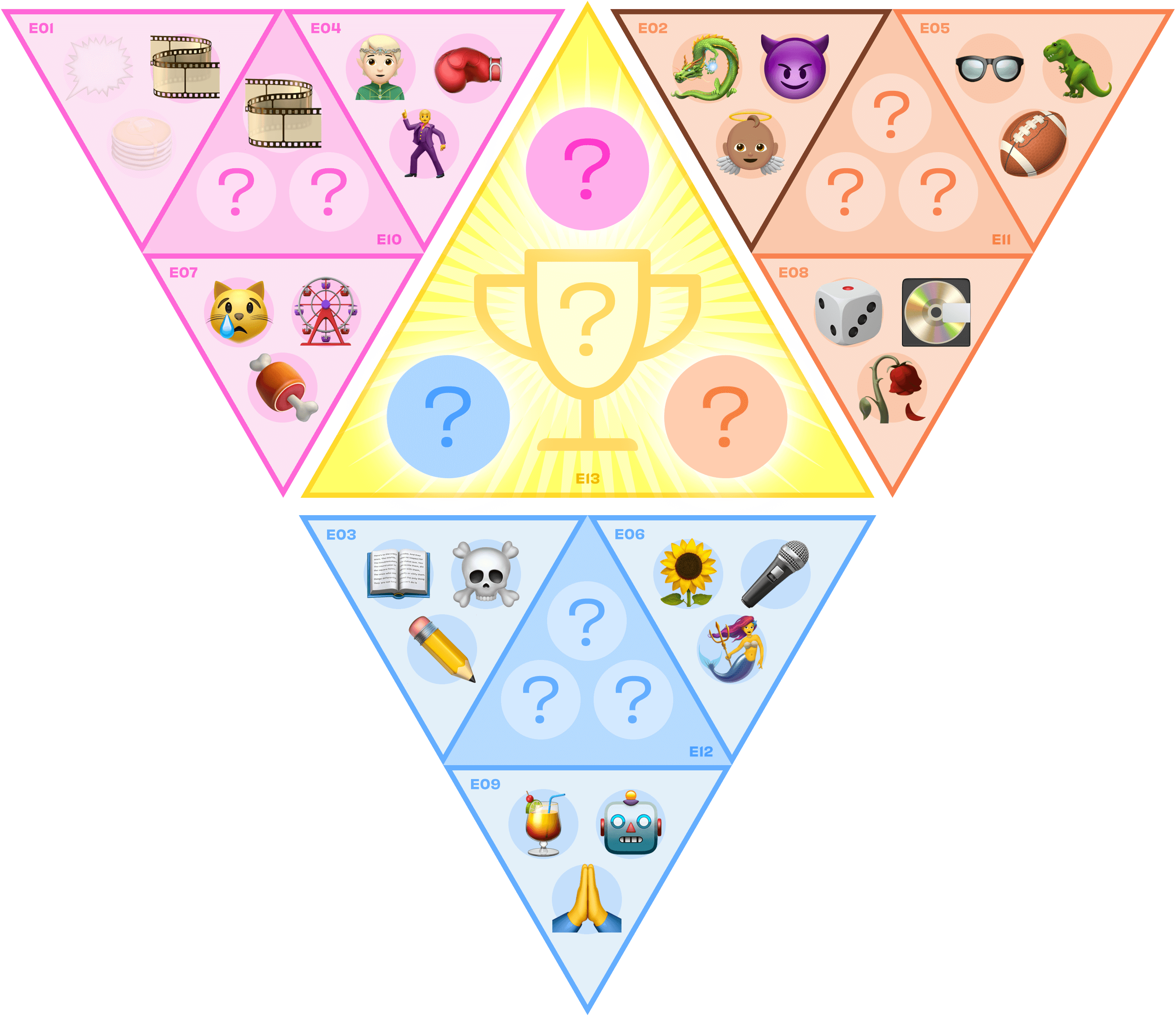 Take The Money And Run

Which champion would be best able to pull off a perfect bank robbery?

Identify the 2021 movie or TV show without the benefit of any four letter words.

What property is the made-up word from?

Questions about summer blockbusters of the 2010s.

My host was a gym coach in a comedy

Now he encourages players to mess with me.

He calls me by a wee name,

Even though I produce the game!

But at least I get to collect my fee.

The host of Taskmaster, Greg Davies, played a gym coach in The InBetweeners. He encourages players to do terrible things to his "assistant," who he calls "little" Alex Horne. However much Horne seems to be humiliated, he's actually the creator and producer of the show, and benefits more than anyone from its success.

Araminty Brown is very different between the book and the movie.
We are far from the only ones to have noticed how bad the rhymes on "Take the Money and Run" are.
Blankman was a 1994 Damon Wayans superhero spoof.
The Sweet Tea Reynolds Scorebreak. The Sweet Tea Reynolds scorebreak: like "Sweet Dee Reynolds," but, you know, Southern? I guess? And ubiquitous down there?
Not only was there a Heffalump movie, but there was a sequel to said Heffalump movie.
The sidekick in The Black Cauldron is Gurgi.
The sexual politics of Popeye scorebreak. The sexual politics of Popeye: we're going to avoid thinking about it too much.
The numbers from "Lost" are actually numbers 4, 8, 15, 16, 23 and 42.
Dirk Blocker was 1st Lt. Jerome 'Jerry' Bragg in Black Sheep Squadron, and Hitchcock in Brooklyn Nine-Nine.
Tara is on Instagram at t.leaf
Mieka is a writer for Delisted
Chris is too cool for plugs.