Letters and numbers each get their moment in the spotlight on this week’s new episode. The Ubu Division rages on with Jac, Paul, and David squaring off in three rounds of pop culture games and trivia. They’ll start with a patented “One Letter Off” game, this time with the titles of action movies. Then, we’ll peruse the extravagant prices of iconic (and not so iconic) props from movies and TV. A game with info you can use in your real life.* The lightning round caps it all off and sends one of three players to the next round! *for people with money or whatever. 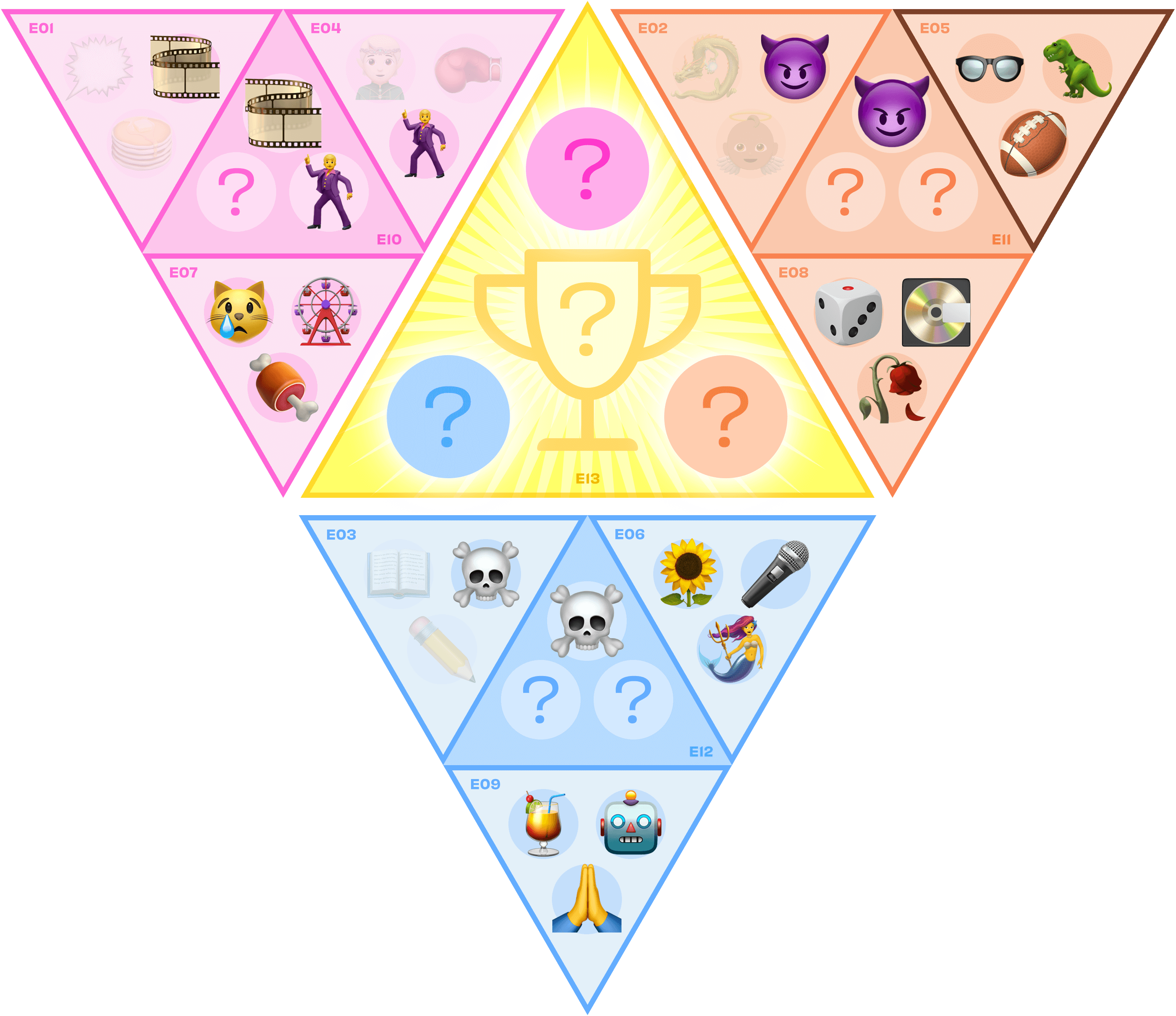 Who would write the best cookbook?

One Better Off: Action Edition

Identify the action movie we've softened up with a change of just one letter.

Guess the TV show or movie from descriptions of props available for sale.

Questions about the performers at Lollapalooza 2006.

Questions about the performers at the Bamboozle Festival in 2008.

Questions about the performers at Woodstock 1999.

Always dressed in black and red,

with distinctive spikes atop his head.

Find him in the Beano pages,

where he's frequently possessed by rages,

and very little is left unsaid.

The truly malevolent UK version of Dennis the Menace (distinguished from the mischievous US version) always dresses in a black and red jumper, and has a distinctive spiky haircut mirrored by that of his dog, Gnasher. His exploits appeared for years in kid's comics anthology The Beano, where he leaves very little unsaid (he's pretty nasty verbally as well as physically to those he wants to torment), and gets real mad, real quick. Recent cartoons have attempted to soften him, and sometimes give him a hero turn, but, at his heart, he's still a reprehensible bully.

Rogers The Musical Scorebreak. Rogers The Musical: We're just going to pretend that this is a sequel to Smash.
Haterworld is an appropriate twist on Waterworld, a movie that, regardless of what you might have heard, made $265 million on a budget of $175 million. It did fine!
Ferdinand The Bull Scorebreak. Ferdinand The Bull: along with The Grinch, making the case that no one should make features out of old cartoons.
Korn appeared in the South Park episode "Korn's Groovy Pirate Ghost Mystery," which was about Scooby-Doo.
Those props from Turn look pretty cool, but we still think they're pretty expensive considering they're from a show watched by ten people in the world, maximum.