“Oh. My. God. Becky. Look at this episode. It is so big.” A first-time, last minute fill-in contestant doesn’t slow the momentum down for this week’s new episode. Daniel, Morgan, and Megan face off in three rounds of pop culture trivia to determine who will head to the playoffs. First, one of the silliest games we’ve played attempts to give Sir Mix-A-Lot the depth and dimensionality he’s always deserved. Then, things stay musical as we head to karaoke night, where our players identify movies and TV shows from the sounds of their iconic karaoke scenes. 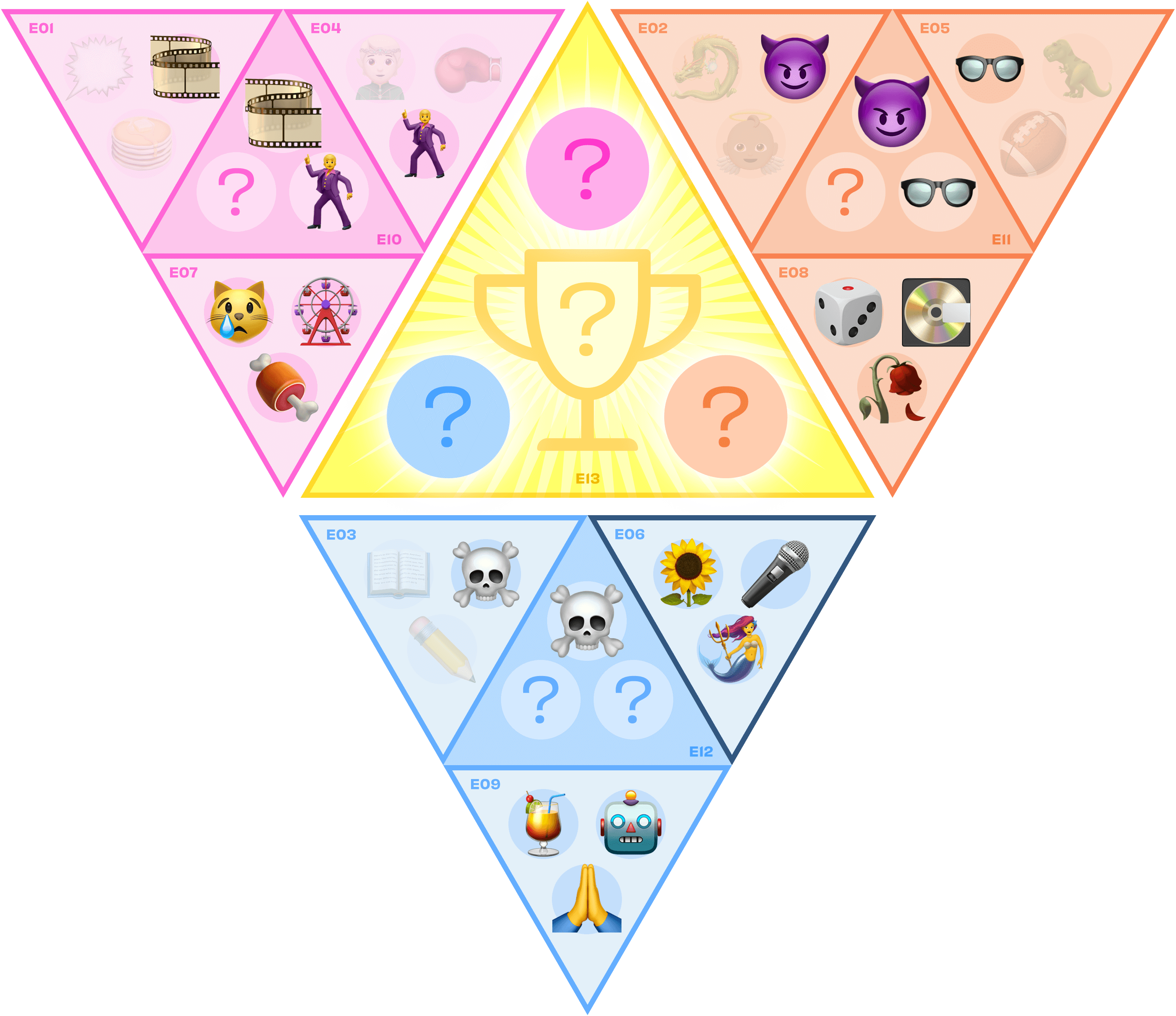 Who is the best stamp collector?

Which movies and TV show are represented by audio clips of karaoke scenes?

Questions about live action TV series based on movies.

Questions about portrayls of TV journalism in pop culture.

They blew it all up except for me

When I froze, Gothamites had to flee

I walked in a lesser part two

But due to the Nuclear Man, I once flew

and later marked the end of Magneto’s spree.

The Statue of Liberty has been a frequent prop in movies and TV. In an iconic moment from Planet of the Apes, seeing the remains of the Statue leads the time lost astronaut George Taylor to exclaim “You maniacs! You blew it up!” (except, apparently, the Statue itself, which seems unlikely). In the movie The Day After Tomorrow, the climate disaster is symbolized on the posters by the freezing of the Statue of Liberty, resulting in mass migration from the East Coast of the US. In a lesser sequel, Ghostbusters II, the main characters used psychic slime to make me walk around, and in another, even lesser sequel, Superman IV, the villainous Nuclear Man threw the Statue at Superman. In another Superhero film, 2000’s X-Men, Ian McKellan’s Magneto uses Liberty Island as the site of his climactic attack.

The plot of Brewster's Millions (1985) is that Richard Pryor will inherit $300 million, if and only if he successfully spends $30 million in thirty days and winds up with nothing. It was based on a movie by the same name that came out in 1921 and only required the titular Brewster to spend $1 million. If it were made today, it would probably require a billion dollars in Bitcoin or something.
Bewitched replaced "Original Darren" Dick York with "New Darren" Dick Sargent after York became too ill to continue filming the series. His back was so bad that some of his later episodes were written to justify him being in bed or lying down on the couch for the entire episode.
The Ken Jeong Scorebreak. Ken Jeong: He's no Anders Danielsen Lie
Hal David and Burt Bacharach wrote a ton of memorable songs together. In addition to I Just Don't Know What to Do With Myself, they collaborated on such hits as Raindrops Keep Falling on My Head, What's New Pussycat? Moonraker, What the World Needs Now Is Love, and the musical Promises, Promises, which is where the song Turkey Lurkey Time comes from. The song is pretty bad (we said it!) but the choreography is, if nothing else, high-energy.
The Pips didn't have a lot to do but dance behind Gladys Knight, look good, and occasionally go "Woo woo!"
"This score break is sponsored by fruit cups. Because as we all know, 'those who are tardy do not get fruit cup.'"
Contrary to what Ron Burgundy might think, San Diego is named for the Catholic Saint Didacus, a Spaniard more commonly known as San Diego de Alcalá. Although the man who named it that, Sebastián Vizcaino, sailed there on a ship also named "San Diego," so it's possible that he just couldn't think of another saint.
The TV version of Baby Boom may have been bad (it was) but the cast was pretty good! In addition to Kate Jackson coming off of Charlie's Angels and Scarecrow and Mrs. King, Joy Behar and Susie Essman were both regulars.
Listen to Morgan in Megafluff
Taylor's wife likes G&T with Greta and Taylor
Follow Danny on Twitter