The divisional finals continue as Paul, Chris and Larra fight it out for Ubu bragging rights. Round one will make you hungry as we visited pop culture-ified chain restaurants and round two will feed that juicy chess club brain of yours with etymological clues to movies, TV, actors and more. Plus we got the lightning round, The Threequalizer and we even find time to slam evil like all good phantoms. 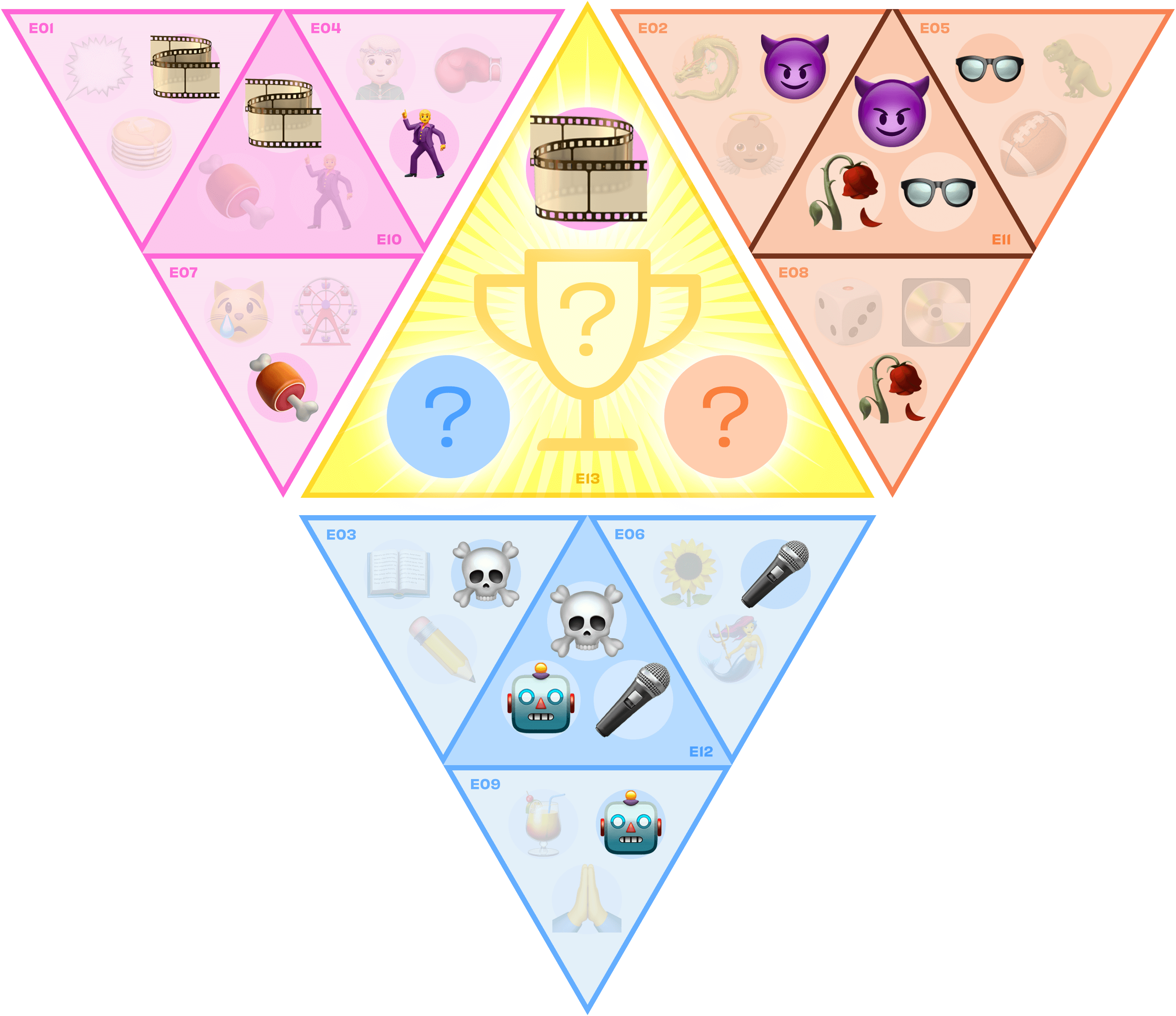 Which champion would make the best foil for the late Roger Ebert on a combative movie review show?

What pop culture-chain restaurant mash up are we eating at?

Name the piece of pop culture from etymological clues.

Questions about organized crime in movies.

What do you expect to see

When they trade Joe Don Baker for the WWE?

He hits the bad guys with a board,

Their crimes won’t be ignored!

This isn’t normal even for Tennessee.

The original Walking Tall, a loose fictionalization of the story of Buford Pusser in McNair County, Tennessee, starred the not terribly athletic action movie star Joe Don Baker. For the 2004 remake, he was replaced with Dwayne Johnson, still operating under his WWE nom du guerre of "The Rock." Both versions have the Sheriff mete out justice with a 2 x 4. Suffice to say, that's not the way law enforcement normally operates, even in Tennessee.

The Roger Ebert review of Deuce Bigalow: European Gigolo is classic from top to the famous bottom.
The Margaritas at Chilis get really unpleasant.
Hey! That's two Rob Schneider movies in one episode - a new record for us!
Ordering In-N-Out Fries animal style is generally a bad idea.
The Quesarito is worse than you think.
Poetry questions in two consecutive episodes: that's how you know we're all classy and educational. We're going to pretend that outweighs the Rob Schneider questions.
The Kitbull scorebreak. Kitbull: Oh, it's just like those old Looney Tunes cartoons, right? Right? Right? (3/10 I don't need to get reminded of that)
The "compact" OED really does come with magnifying glass.
In case you don't know what the whole "Zendaya is Meechee!" thing is about.
The other archer on Once Upon a Time was Merida, from Brave, but that would have been a stretch for Tom Ellis.
The Hostess Fruit Pies scorebreak: Hostess Fruit Pies: MMM - Golden Sponge Cake! Creamed Filling! Capable of defeating any comic book bad guy in a single page! (8.5/10 Hits Dan where he lives. Well done.)
Apparently, the rest of the Doors didn't know what "Mr. Mojo Risin" meant at first.
The Untouchables is far from the only movie to visually reference Battleship Potemkin.
Larra's parents recently put out an album of ukelele covers of Philip Glass songs, which sounds amazing.
Listen to Paul on Trash Art in the Movies.