Season seven continues this week with all-new players Ross, Drew, and Amy. After a Marvel-ous round of My Champion, round one takes a cue from Encanto” to explore all the characters we DON’T talk about. Round two celebrates the actresses who played Jerry’s many (many many) girlfriends on Seinfeld, before it all comes down to the lightning round! 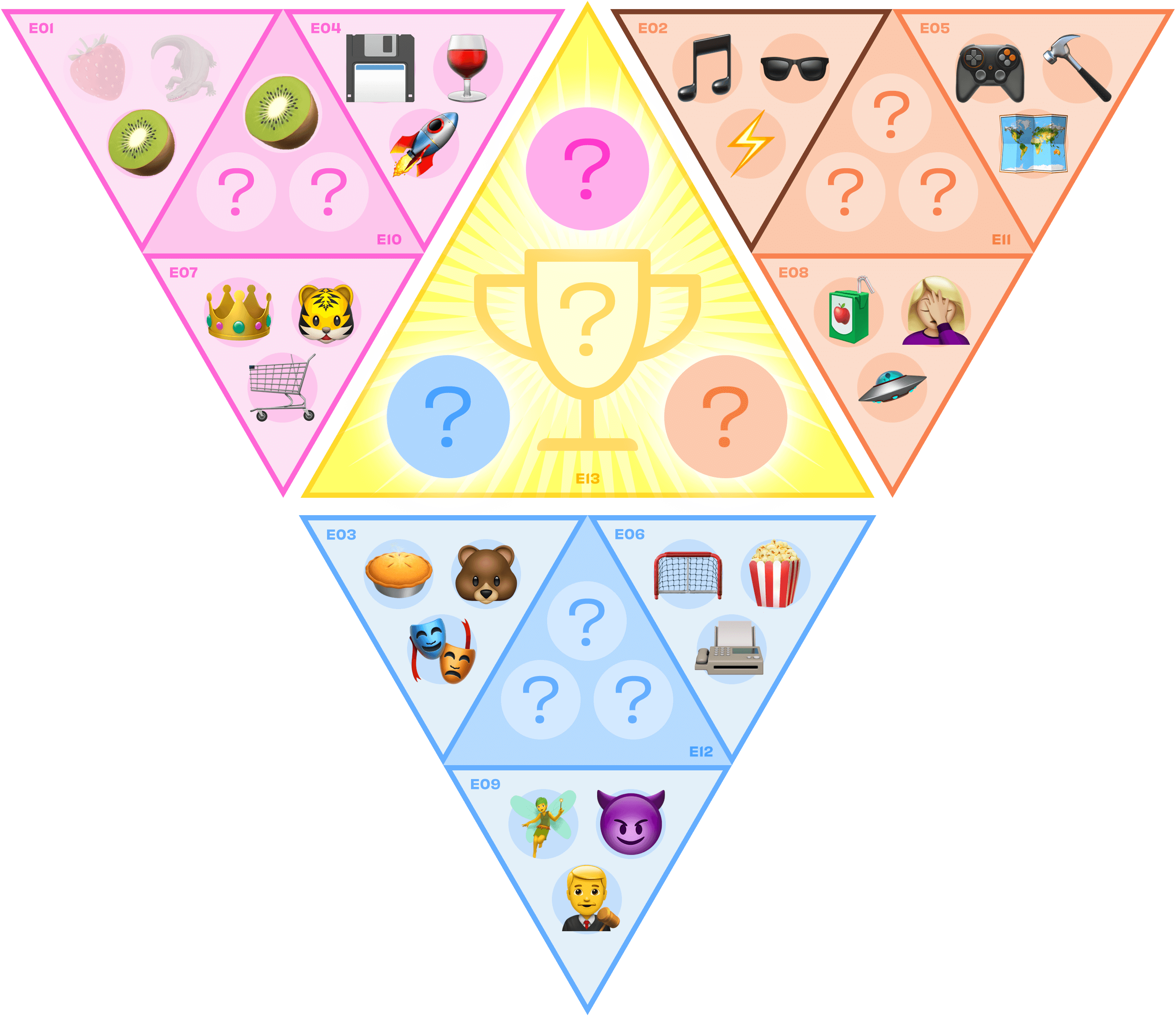 Get Parker in Here!

Who's going to get me photos of Spider-Man?

Not A Word About Bruno

What two-syllable pop culture thing ending in the letter "o" are we not suppose to talk about now?

Jerry Seinfeld is a Bad Boyfriend

Name the pop culture property the actor of one of Jerry's girlfriends on Seinfeld also starred in.

Pop culture questions with answers from the text of Adam Sandler's "The Chanukah Song."

Questions about the dolls and toys of pop culture cats.

Questions about the musical band U2.

From his groovy friend he gets an assist.

Stuck in Newark in the original plan,

But now in Florida he has to persist.

Michael Westen, the lead character in Burn Notice, was a superspy active in Eastern Europe and Russia, before being put on a black list, and "burned." He's now stuck in his hometown of Miami, Florida (rather than Newark, New Jersey, as in the original pitch for the show), where he eats lots of yogurt and hangs out with his buddy, Sam Axe, played by Bruce Campbell. Campbell of course, is known for saying "Groovy" in the Evil Dead franchise, a line he repeats here.

Ed Asner played Lou Grant on two different shows: one a comedy, one a drama.
Ponyo was inspired by The Little Mermaid.
Pogo is an American classic.
The Project 863 Scorebreak. The Scorebreak that;s better than anything Netflix puts out. [1/10. Have no idea what this is, feel like I might have been punk’d.]
Note that we didn’t say which “Gallagher” we were talking about. It gets weird.
Yes, Lance Henriksen is on The Blacklist.
Daffy Duck was Robin Hood, not Friar Tuck, in that cartoon.
That Helen Slater Supergirl movie is really weird.
The Kings Scorebreak: Have you ever wondered what Succession would be like if it was full of painfully earnest biblical references, starred Ian McShane, and aired on NBC in 2009? If so, watch Kings! [4/10. I watched that show, but comparisons to Succession are highly misleading.]
The Fonz wound up as a school teacher, because reasons.
Garfield dolls sticking to glass was a huge deal.
Luna was just a doll in most of Pretty Guardian Sailor Moon.
The French cartoon Miraculous is real popular with the kids.
Drew has a YouTube Channel of his music
Drew can also be found on TikTok
Amy would like to plug the charity Rain for the Sahel and Sahara
Ross can be found on Twitter.
Ross is also on Letterboxd, like all the cool kids.