Our seventh season loops back around to the Monster division for another exciting matchup! Returning contender Jon takes on new challengers Mark and Josh. We’ll start with some classic popular popular music presented in an unconventional way, then head out into the wild wilderness to go a pop culture hunt for Bigfoot (and his cousins Sasquatch, the Yeti, and the abominable snowman). All this, plus a lightning round! Bzzzzz 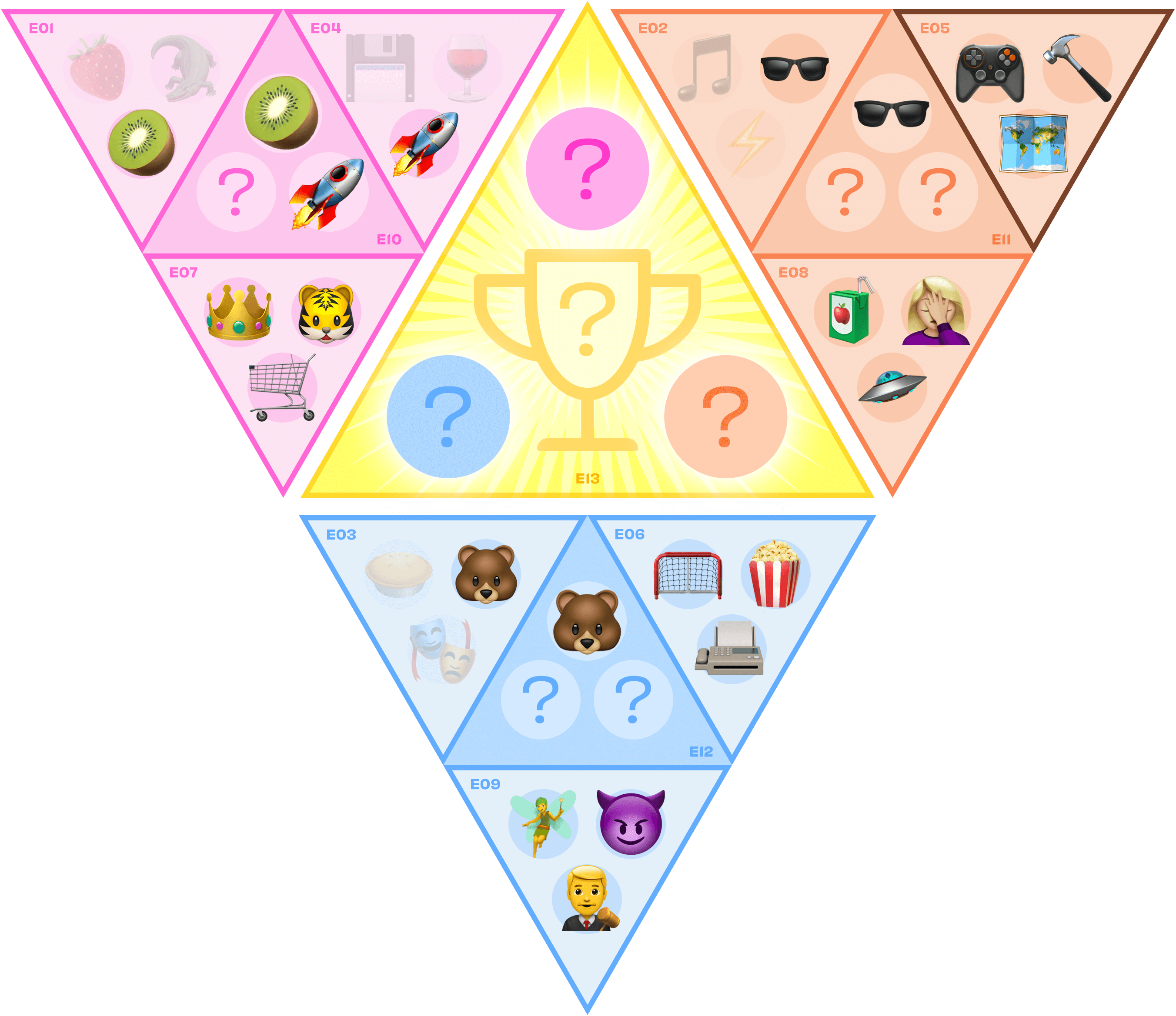 Who's going to be the best assistant to Miranda Priestly, the editor of Runway magazine?

What cover is the punk band Me First and the Gimme Gimmes putting in your ears?

Identify the pop culture property from a description of its Bigfoot sighting.

Let’s Do The Time Warp Again!

Questions about sci-fi movies of the 1950s.

Fans of fan service will have a ball,

In this 80s classic people bought at a mall.

The names are basic – literally A through D

Even if one’s a princess from Alpha Cygni.

The seminal screwball action anime Project A-Ko is among the most popular titles of the first wave of anime coming to the US in the last 80s and early 90s. It embraced fan service, with lots of revealing shots of the leads, which probably helped its popularity. Rather than streaming it, as we would now, fans had to buy overpriced VHS copies of it at stores like Suncoast at their local mall. The main characters are named A-Ko, B-Ko, and so on, and C-Ko is revealed to be the lost princess of the Lepton Kingdom of Alpha Cygni, alien invaders who show up later in the series.

Even Adrien Grenier knows that Nate was the real villain of The Devil Wears Prada.
“Me First and the Gimme Gimmes” is a great band that deserves your patronage. They’re currently touring Europe, have lots of merch on their webpage, and can be heard on just about any music streaming service.
The Chicks’ video for “Goodbye Earl” does indeed include Jane Krakowski, Lauren Holly, Dennis Franz, and, in a cameo, Adrian Pasdar.
PJ Masks Scorebreak: PJ Masks: Because nighttime is the right time to fight crime. I can't think of a rhyme! PJ Masks...It's time to be a hero! [7/10 I liked that show, but I have overarching logistical concerns about it. Definitely sub “Octonauts.”]
Laurel and Hardy showed up on Scooby Doo largely as a tie-in to their then just about current Hanna Barbara cartoon.
The Bigfoot episodes of The Six Million Dollar Man are maybe best remembered for the rotating ice tunnel on the Universal Studios Tour.
Also, the Bigfoot on The Six Million Dollar Man was a robot. Controlled by aliens. Because an actual Bigfoot would have been ridiculous.
Hirsute means hairy.
“Larry, I’m on Ducktales.”
The Ketanji Brown Jackson Break. Ketanji Brown Jackson: It only took 232 years! [x/10 I’m not allowed to express political opinions publicly. Tiny American Flags for some!]
Dale the Whale on Monk was played by Adam Arkin, Tim Curry and Ray Porter
We’re far from the only ones who thought that Needle in a Timestack was a dumb name.
Assassins 33 AD is indeed, a real movie.
In Destination Moon, a Woody Woodpecker Cartoon was used to explain space travel. It did a good enough job that NASA just repurposed it to that end officially.