The last regulation episode of the season is upon us! This week, Scott, Seth, and Diana compete for the last spot in the season seven playoffs in the third elimination match of the Vancouver Rehearsal Tapes division. On the docket this week are games about real life commercial products popping up in pop culture, as well as telling us how to get to Sesame Street with a quiz about the parodies they’ve employed. All this, plus a lightning round! Our next episode is a special with three special guests from the iFanboy podcast network, and we’ll be back two Mondays after that for the season seven playoffs! 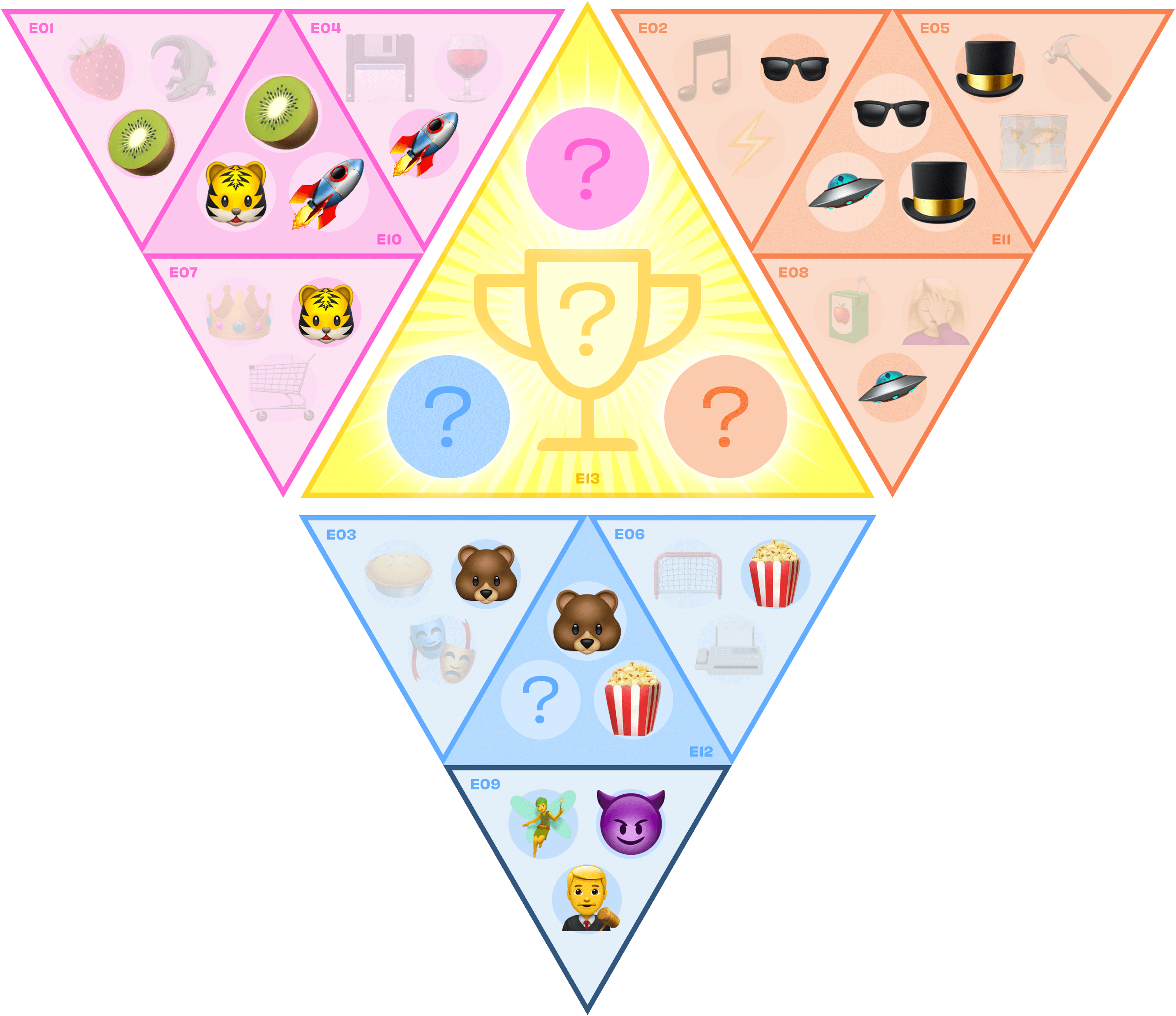 Who's going to make us feel better about the ice cream scoop that just fell off our cone and on to the cold indifferent pavement?

Identify the commercial product being placed into a pop culture property.

Get 'Em While They're Young

Name the pop culture entity being parodied on Sesame Street.

Pop culture questions with answers that start with the letter Z.

Not Much Canned Laughter

Questions about sitcoms from the 2010s.

Questions about tennis in pop culture.

Recorded with the Wrecking Crew,

It has timeless hits - more than a few.

It was recorded largely without the group,

And has some filler about a sloop.

The Beach Boys classic album Pet Sounds contains a number of hits, like "Wouldn't it be Nice" and "God Only Knows," as well as the tonally asimilar "Sloop John B." It was mostly made by Brian Wilson while the rest of the group was on tour. Part of the appeal of the album can be attributed to the amazing work of the studio musicians, a group referred to as "The Wrecking Crew."

Don’t get Mother mixed-up with mother! Very different films.
Yes, people were actually upset about nerd Peter Parker using “Bing.”
And he switched to Google for The Amazing Spider-Man 2.
There were a number of 7 Up Spot videogames. The best, Spot Goes to Hollywood was initially released for the Sega Megadrive. But no one had a MegaDrive, so they also released it for the Saturn. It did eventually wind up on the Playstation.
The writers of The Expanse have said that the FedEx logos weren’t product placement. They just thought it was funny, and FedEx was OK with it.
The Astro City Scorebreak. Astro City: Why did you have to kill the Good Dog? Why? [8/10 G-Dog, we hardly knew ye. We all knew it was coming, but still.]
We were all hurt by the Mountain Lion subplot in 24, but Elisha Cuthbert was literally hurt.
The hunky gardener on Desperate Houseplants is basically just Guy Smiley with a sleeveless shirt
Ted Allen is now closing in on 700 episodes of Chopped.
The musical instrument you wish you'd never stopped playing after high school score break. The musical instrument you wish you'd never stopped playing after high school: Mine's the tuba! Did I actually think I'd keep up my chops stumbling across tubas in the wild after graduation day's 'Pomp and Circumstance'? [6/10 Wordy, but Elgar is always going to get you some points.]
Zendaya is Mee-Chee was a whole meme and a thing.
Zapped is really bad. But it has nothing to do with the 2014 Zendaya movie of the same name.
Last Man Standing ran for a long time, but it wasn’t cancelled because of politics.
Scott can be found on his movie podcast, “Some Like it Scott.” They do trivia there, too.
Scott’s also on Letterboxd
And he posts on Twitter
Seth is on the insta (we understand that’s what the kids call it)
Diana is on the Twitter