It’s the last of our divisional finals! Who will be the third contestant to advance to the season championship match? Will it be Rob? Or Scott? Or Liz? Or maybe a fourth contestant will crash the record, chloroform the other contestants and stroll to a leisurely, unfulfilling victory leading to record low ratings that will, in short order, doom the podcast? Only one way to find out; ask a friend who listens. 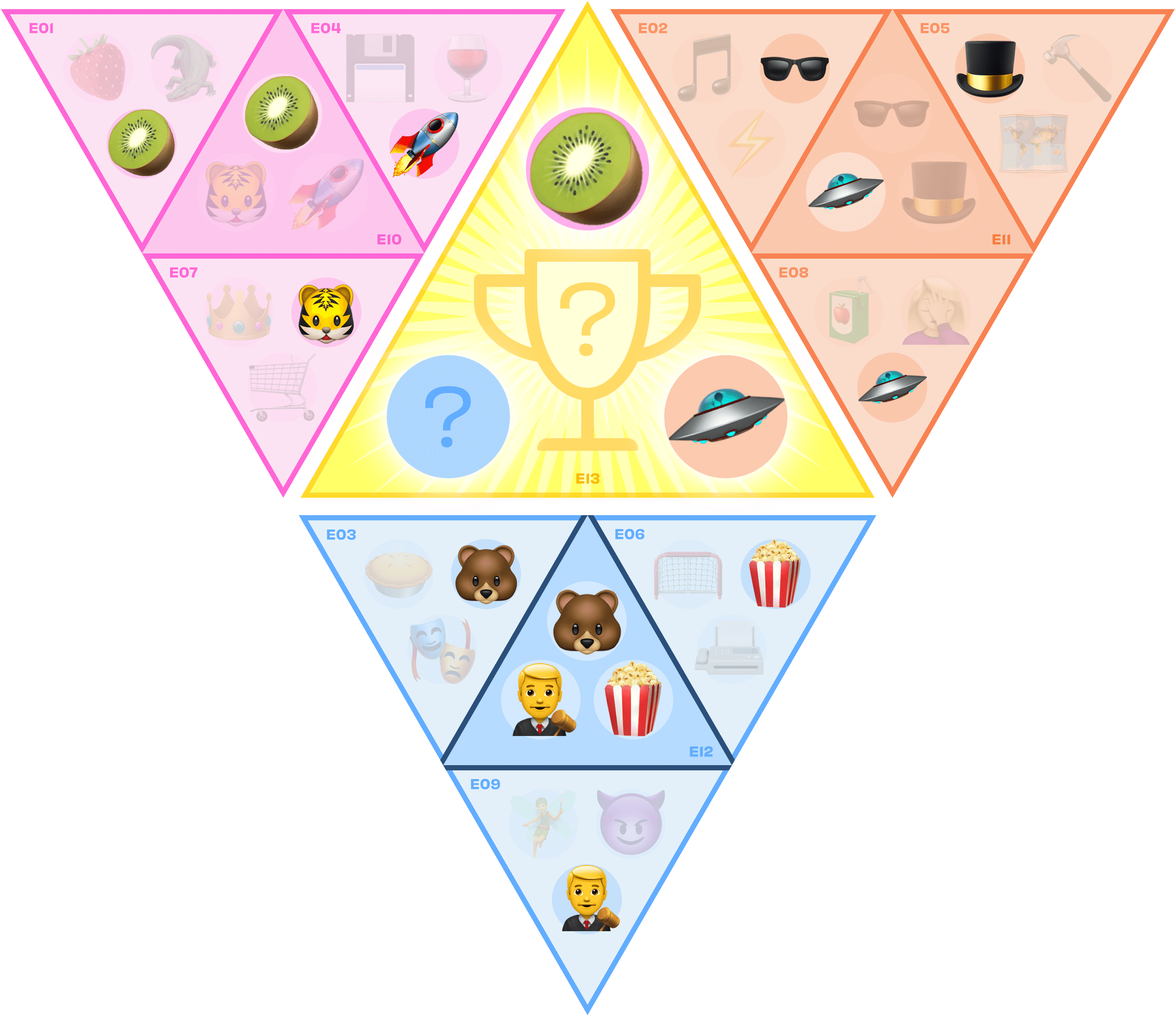 Which champion would best circumvent The Outer Space Treaty and lay claim to The Moon?

Name the song with "baby" in the title from a children's music box arrangement.

Identify the movie or TV show from a redacted poetic excerpt containing the source of the property title.

I Hope The Russians Love Their Children Too

Questions about the Cold War in pop culture.

This Category Really Ties The Room Together

Questions about movies written and/or directed by Joel and/or Ethan Coen.

Questions about dinosaurs in pop culture.

He's not in prison but is in a cell,

There are 50 hostages he put through hell.

He talks to the audience and tells them no lies,

His girlfriend was a suspect due to her bra size.

Dalton Russell (Clive Owen's character from Inside Man) starts off the film in a cell, though, he informs the audience, he is not in prison. He phrases everything very carefully, and while much of what he says is misleading, he doesn't directly lie in his voiceover to the audience. The perfect bank robbery he has planned involved mistreating about 50 hostages, though some more than others, and his accomplices are snuck out of the bank among them. The accomplice who comes closest to being identified is the one revealed to be his girlfriend at the end of the movie (played by Kim Director), because there are only two people in the bank with a similar bra size.

The OST is the subject of a lot of controversy, especially over the extent to which it covers private individuals and corporations.
According to Dave Barry, “Yummy Yummy Yummy” is the second worst song ever, beaten out by Richard Harris’ “MacArthur Park.”
While not in the original credits, Bowie and the members of Queen were later added as composers on the official credits to “Ice Ice Baby.”
“Baby Shark” is successful enough that there’s a fight over who wrote it.
The RRR Scorebreak: RRR: The only movie with the courage to defeat colonialism with a dance off. And a tiger. [8/10. And an elk-based murder. Would be higher, but we record these far enough in advance that no one will remember a Netflix movie from the Summer.]
Note that Kipling poem is Gentlemen RANKERS. Get your mind out of the gutter.
In the Tim Burton Batman movies, Billy Dee Williams played Harvey Dent.
The Netflix Castlevania series had four seasons, running until 2022, and has a spin-off/continuation on the way.
The Iron Chef scorebreak. Iron Chef: In the words of my uncle, “Allez Cuisine!”[6.5/10. Would be 9/10, but none of the new versions have really captured the magic.]
Rainbow Six is a Tom Clancy videogame franchise.
The Coen Brothers editing pseudonym is a whole thing.
Liz writes for Consequence
Liz is on Twitter
Liz even has a personal site
Rob’s research group is on Twitter
Scott can be found on his movie podcast, Some Like it Scott. They do trivia there, too.
Scott’s also on Letterboxd
Scott posts on Twitter