New players Dylan, Andy, and Kiiva join us for another round of pop culture trivia this week as we make our way through season five. We’ll kick things off in round one with a game about pop culture properties and pop culture people who share an exact name, before heading to one of our most commercially crass games ever. It’s a trip to the mall to identify the pop culture origins of animals you can get at the Build-A-Bear Workshop. And there’s still some surprises in store as we make it to the lightning round! 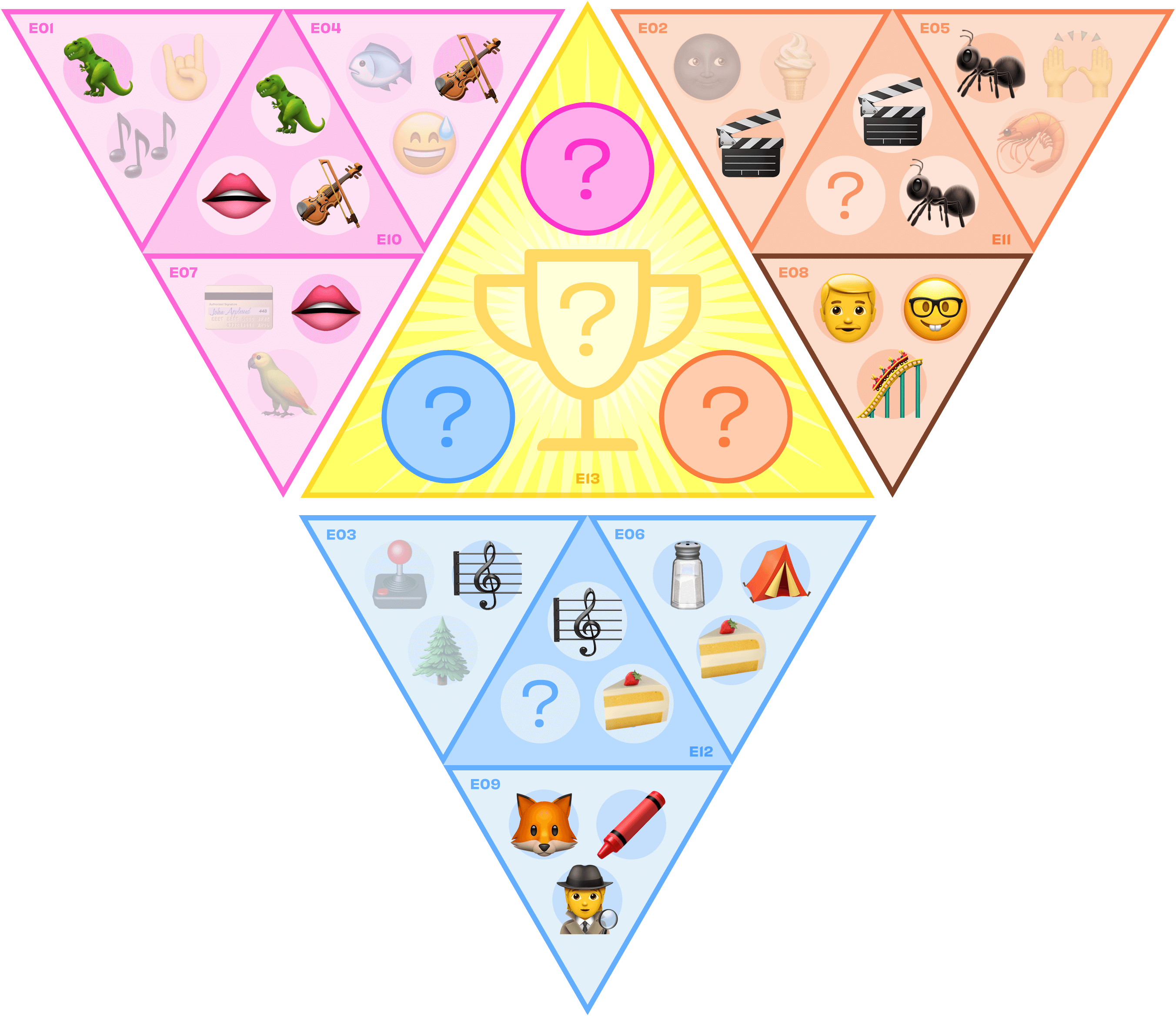 Who is going to do the best job of ridding King Henry II of a troublesome priest?

Identify the pop culture character from its stuffed toy description.

A Taste of Honey

Questions about bees in pop culture.

While waiting for Amazon.ca,

With Knives he should not play.

He just won't grow up,

But he'll take on a dust-up.

The story worked better in black, white and gray.

In the comic and movie Scott Pilgrim, Scott expresses impatience waiting for his delivery from Amazon.ca, so he can see his dream girl again. He's dating Knives, which is a bad idea because she's too young, and is in a perpetual state of arrested development until he takes on seven evil exes in a series of fights, or "dust ups." Still, the movie wasn't as successful a story as the longer black and white comic version (which finished well after the movie came out).

Unfortunately, there does not seem to have been an English language TV or movie version of Aristophanes' The Birds, but he is credited as a writer on Spike Lee's Chi-Raq.
The 1927 film Almost Human sounds weird, but the movie's tag line only makes it worse: "An unusual, novel, absorbing photo-play with a love theme exquisitely developed, and as full of action as an egg is of meat."
The Rhubarb Pie Score Break. Rhubarb pie: a top three all-time pie.
The One Direction Build a Bears had a terrifying number of accessories available.
There are actually two different Deadpool Build-a-Bears, and the Panda one is cuter.
Is Tom Nook from Animal Crossing evil? When there are hot takes in national newspapers saying he's not, I think we have our answer.
The Tim 'The Toolman' Taylor scorebreak. Tim 'The Toolman' Taylor: [GRUNT]
Listen to Dylan on The Straight People Movies podcast
Follow Dylan on Twitter
Andy was on The Great American Pop Culture Quiz Show! We'd put a link to it, but we have a feeling you already have it.
Public libraries, teachers, Support your local arts community, Life Lessons from Mr. Rogers - We are neighbors. Let's be kinder to each other.
Dallas Hope’s Transitional Living Center for LGBTQ+ youth