Look, we were going to burn all record of this episode of this episode ever having existed, but then we decided to make like George Costanza and do the opposite. But instead of a job at the Yankees, we ended up with a very fun pop culture trivia challenge for Brennan, Chelsea, and Darren! We’ll see how sharp their ears are with another round of Skip Intro’d TV themes, before really getting our antonym on with a quiz on pairs movies and TV show with opposite titles. We hope you hate it! (That means we hope you love it, cuz you know…opposite stuff.) 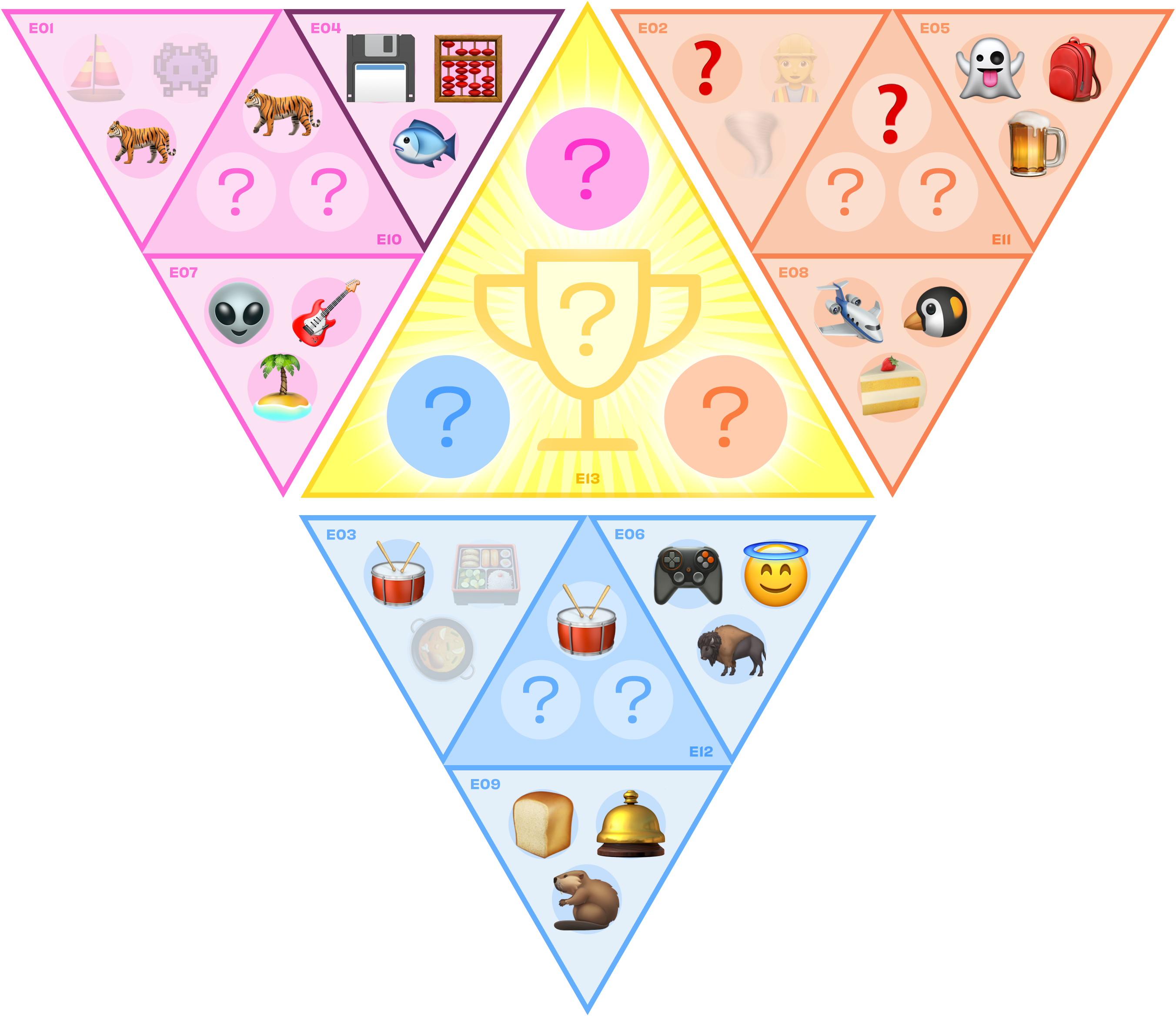 Who is most likely to make it to the world chess championship, but then crash and burn in the final match?

Name the TV show from the first and last season of its theme song audio.

Questions about the movies and TV shows produced by Lorne Michaels.

Pop culture questions whose answers are 5 letters long, and end in the letter "O."

An accomplished musician has demons within

You might find her waving a stick in Berlin

Whether real or not real, her fame's doomed to fail

But at least we're all sure her apartment's for sale

In the 2022 film Tár, Cate Blanchett plays venerated conductor/composer Lydia Tár, who during the film is the principal conductor for the prestigious Berlin Philharmonic Orchestra. Due to bad behavior and abuse committed in her personal life, the film chronicles the unraveling of her success and reputation. It has been noted that many have watched the movie and assumed Lydia Tár was a real person and the film was a biopic, only realizing later that it was purely fictional. In the film, when at a low point, Lydia improvises a very loud, obnoxious song called "Apartment For Sale" that she sings and plays on her accordion.

For a kid’s book, Dogman has a shockingly Cronenberg-ian origin story.
Chelsea’s answer in the My Champion round was, of course, an oblique reference to poet Elizabeth Jenning’s poem A Game of Chess. Maybe the best female theological British poet of the 20th Century? Can you name another one?
That very catchy song from Veronica Mars is We Used to be Friends from the Dandy Warhols’ second album Welcome to the Monkey House (yes, the name is from the Vonnegut story).
The Tracer Bullet scorebreak: Bullet. Tracer Bullet. What people call me is something else again. I’m a private eye. It says so on the door. [8/10: Tracer Bullet is no Spaceman Spiff, but it’s high-quality content anyway.]
Yes, there was an MC Skat Kat album. There’s a surprising amount of controversy around it, as well, centering on Romany Malco’s role in the production.
The movie Chelsea was thinking of was, deep breath, Birds of Prey and the Fantabulous Emancipation of One Harley Quinn.
The Joaquin Phoenix mockumentary I’m Still Here posits that he’s given up acting to become a rapper, thereby shedding light on the vagaries of celebrity culture. In theory.
After the Sunset is a mostly forgotten Pierce Brosnan heist movie.
The koff koff scorebreak. Koff koff I’m sure that doesn’t forebode anything. [6/10: Getting meta, are we?]
Wayne’s World's Stairway to Heaven gag has led to tons of real world instances of guitar stores banning the song.
A Ghost is Born got rave reviews from sites like Pitchfork, but baffled fans who thought Wilco always sounded like Yankee Hotel Foxtrot.
The serial/cereal confusion was used to great effect in the Sandman, both in comics and on TV.
Darren is on Twitter.
Chelsea is on Twitter.