It’s a cavalcade of comic book crossovers and pop culture rhymes in this week’s competition! After a rousing round of My Champion, Bobby, Stephen and Susanna test their knowledge of crazy comic book crossover events that brought together unlikely characters and properties.

Then, it’s on to a rhyming game, where from a mashed up description, players parse out the two rhyming TV show and movie titles that have been combined.

All that plus a Lightning Round and the At-home Version riddle for you to solve!

Production Note: Per a listener tweet to us we had an edited error in R2 Q15. There’s was wrong last name given as a clue. We did two takes of that question in the moment during taping but Dave pulled a Homer and edited out the wrong one. A second version of the audio has been released (Aug 31, 3:30pm ET) with this edit correction in addition to fixing 3 seconds of audio drop out around 24:30. 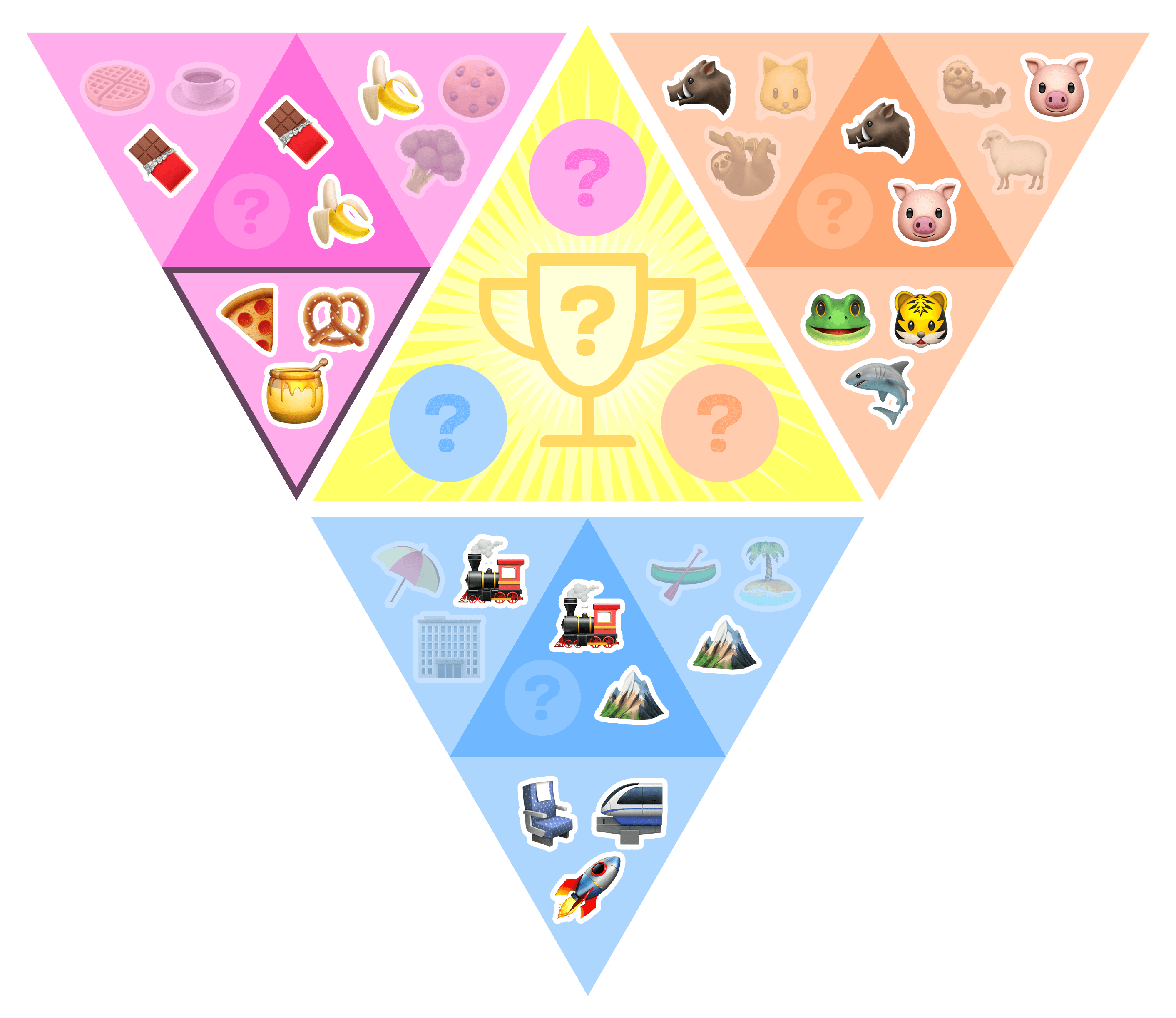 Which character from pop culture would best recover a stolen painting?

Identify the two TV shows or movies from a description of the comic book crossover issue or run that features them both.

Excuse Me, Do You Have The Rhyme?

Guess the rhyming TV or movie titles that we've smooshed together.

Questions about pizza in pop culture.

The Return of Bruno

The House The Plumber Built

On this show we play Pyramid but not with Dick Clark and randos,

In fact, some of our players turned into commandos.

Did it work out? In the end, were they happy?

The new home is nice, but the narrative's sappy.

"Pyramid" is a fictional sport on the 2000s revival of Battlestar Galactica, and bears no resemblance to the classic game shows of a similar name. In an early season of the show, a team of pyramid players on Earth turned into commandos. The ending of the revival was, indeed, sappy, and didn't make a great deal of sense, though it was, perhaps, emotionally satisfying for some viewers.

The crossover comic book Batman/Elmer Fudd is pretty great, actually
Django/Zorro was co-written by Quentin Tarantino, and is under development as filmed sequel to Django Unchained
Knowledge is power! Learn and protect yourself from circus peanuts!
The plot of The Big Sleep is confusing enough that screenwriter William Faulkner (!) had questions about it, but reports have been exaggerated over time
Gasoline Alley is the longest running comic strip in the US, and since its characters age in real time, the lead character, Walt, is now 116 years old.
We call him Bobby but his fancy name is Robert Krut
Even though nothing rhymes in it, it's a good idea to order Bobby's latest book, The Now Dark Sky, Setting Us All On Fire direct from the publisher
Bobby on Instagram
Susanna on Twitter
Susanna didn't have a website to plug so she asked us to put (and we quote): "please god register to vote and then actually vote this fall."
Stephen on Twitter
Stephen on The Film Pigs podcast
Ready to play? Fill out the Contestant Application!