Recurring uses of songs in movies and TV, along with fictional languages are the main focus of the games this week. And while that content doesn’t sound particularly sporty, our players certainly are! We are pleased to welcome David Roth, Luis Paez-Pumar, and Dan McQuade from the new website Defector.com (risen from the ashes of Deadspin). They’ll test their knowledge of songs included in movies as needle drops, and then move into nerdier territory when they identify various pop culture properties based on clips of the fictional languages created for them. And it’s always a good game when it comes down to the lightning round! 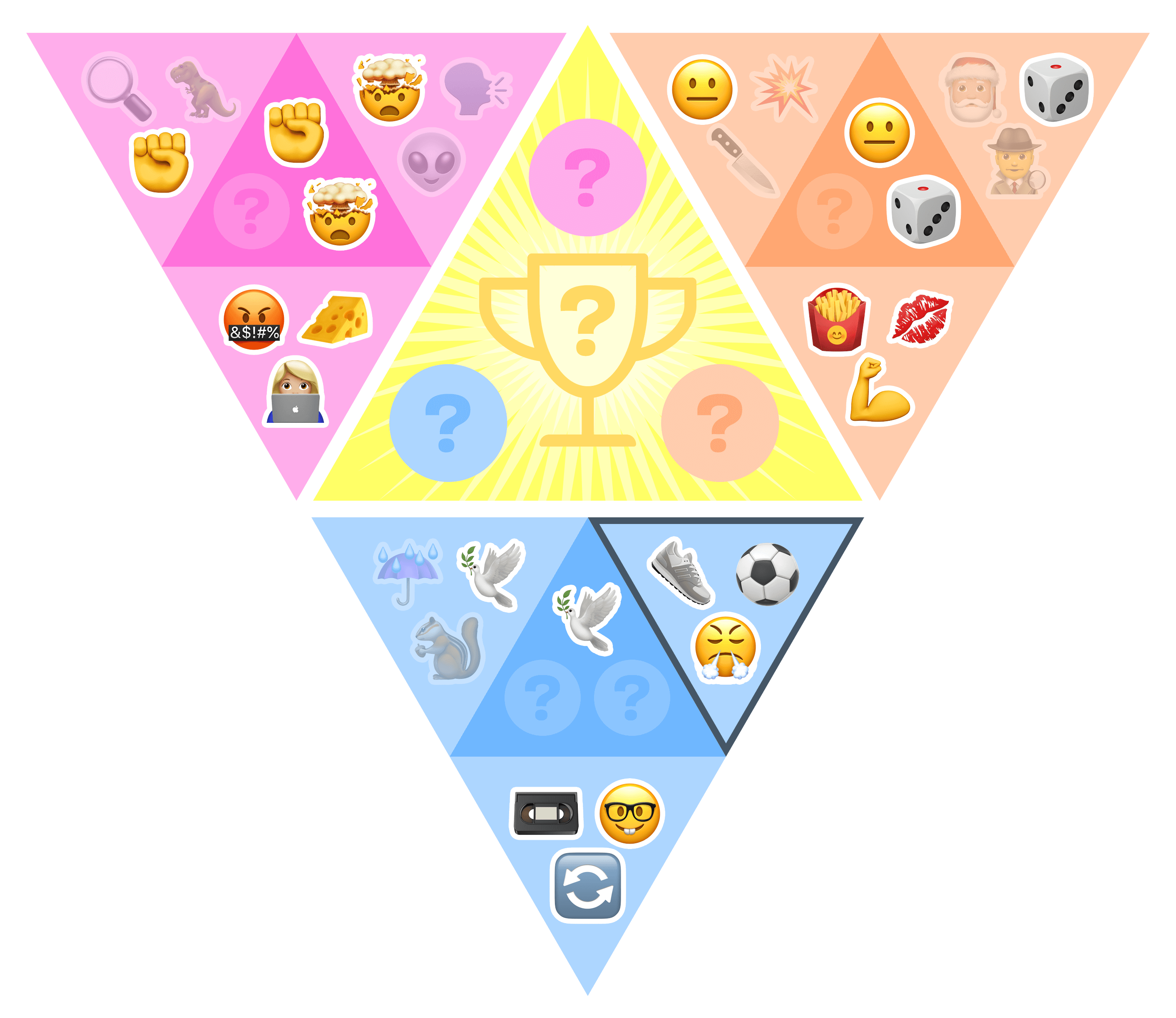 Who's going to win the chili cook-off?

Name the one song that's featured in three different movies.

Identify the pop culture property the fictional language audio clip is from.

Questions about hockey in pop culture.

When I Was A Womanizer

Questions about pop culture happenings of 2008.

I had a small hit and my budgets expanded.

Made a Shatner re-tread, where Lithgow commanded.

From frenetic to calm, with a live-saving balm.

My penguins were panned. My super film canned.

Then a fourth, better than those that came long before?

The Joyful new plan is to keep making more!

George Miller started out with the low budget Mad Max and was given progressively bigger budgets, and even directed the new version of the classic William Shatner starring Twilight Zone episode Nightmare at 20,000 Feet, this time starring John Lithgow. The "life saving" balm, of course, refers to Lorenzo's Oil, a 1992 film he wrote and directed. Neither Happy Feet movie, about dancing penguins, was particularly loved by critics, but the second was both a commercial and financial flop. He was also set to make a Justice League movie, but it was cancelled just before shooting. The fourth, in this case, is the fourth Mad Max movie, Fury Road, which some consider to be the best of the series, and its success has led to an announced Furiosa prequel starring Anya Taylor-Joy.

My Little Pony: Friendship is Magic isn't new. It premiered in 2010.
The scene in Mystery Men with All-Star is... rough to watch in 2020.
Thor: Ragnarok is the Marvel movie for people who don't like Marvel movies, and the Immigrant Song sequence is a highlight.
Tequila!
The fictional country of "Qumar" lept from the West Wing and other shows to later volumes of Alan Moore's pastiche comic The League of Extraordinary Gentlemen.
The Dag Hammarskjöld score break. Dag Hammarskjöld, the second Secretary-General of the United Nations, but number one in our hearts.
Dan McQuade's story about Trump-Minions merchandise.
Defector gets to ride in the front seat because it's a good site at sports.
Defector is also on Twitch!