We’re back in the Cellular Division this week with parentheticals and, meals for the wealthy.

After Alexis, Dawn, and Emma’s champions navigate the workday with a massive hangover, we identify songs and movies JUST from the parts of their titles that appear in parentheses. In round two, we’ll flip the script on “eating the rich” with a quiz about the meals served to wealthy characters we love and love to hate. And as always, we’ll cap it off with a cutthroat lightning round. 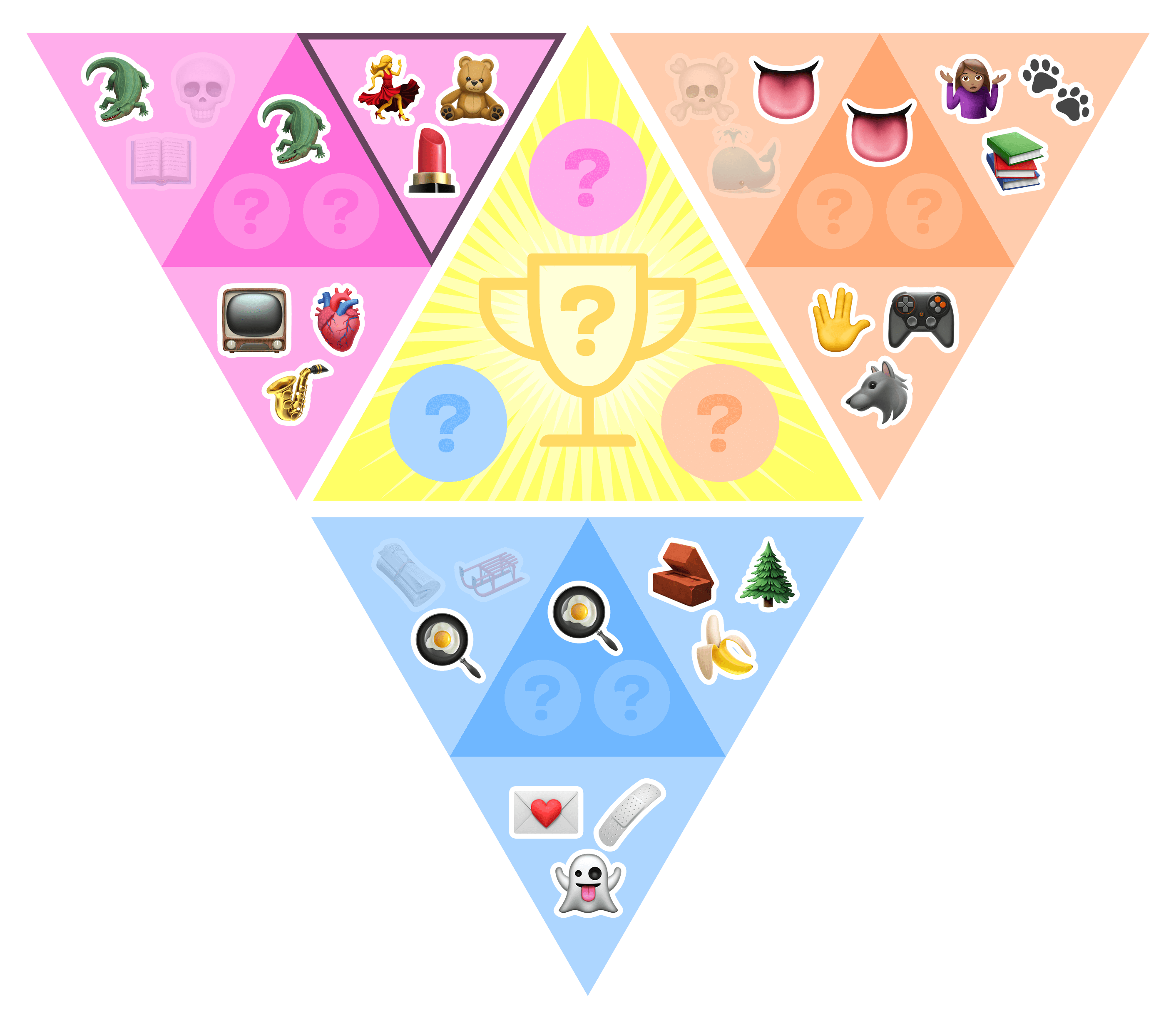 The Luck Of The Irish

Which champion is best going to navigate a workday with a massive hangover?

And I Feel Fine

Name the song title from its parenthetical.

Questions about guitars in pop culture.

Comics On the Big Screen

Questions about the movie careers of stand-up comics.

In pop music, success on this level is rare.

So don't stop your listening, your own way you'll go

Don't tell me your dreams, 'cause I don't want to know

During the recording of Fleetwood Mac's landmark album Rumours, four of the members had various romantic entanglements, resulting in a bit of a love square. It is among the best-selling albums of all time, with over 40 million copies sold worldwide. Song titles from Rumours referenced in this riddle include "Don't Stop," "Go Your Own Way," "Dreams," and "I Don't Want to Know." I gotta say, this riddle is off The Chain.

You couldn't hear it in the episode, but upon mention of "Human Centipede," everyone on the episode simultaneously gagged a little.
The "spontaneous Barrett's Privateers singalong" score break. The "spontaneous Barrett's Privateers singalong." Oh, Canada.
Virginia Potts is known as "Pepper" because basically, all Stan Lee characters have the same first and last initials.
The "rare songbirds" meal is a reference to Ortolan , the eating of which is considered so much a sin that diners cover their heads before consuming it to hide from the eyes of God.
"Morgoth's Taint" is a real concept from "The Hobbit." Get your mind out of the gutter.
The Fortnite Dances scorebreak. Fortnite Dances: it's what the children like! Wait, that was last year? It's sea shanties now? Is that what the last one was about?