This week, we welcome Josh, Tripp, and Erica to the show for trivia about dual performances and ambient electronica: a classic pairing of topics if there ever was one. We’re seeing double in round one, when we talk movies and TV where one actor played multiple roles. After that, we welcome special guest Vangelis, the Academy Award-winning electronic composer to the show. He has reworked other Oscar-winning scores into his signature style, providing the basis for the today’s round two. And as always, we close out with a rousing lightning round. 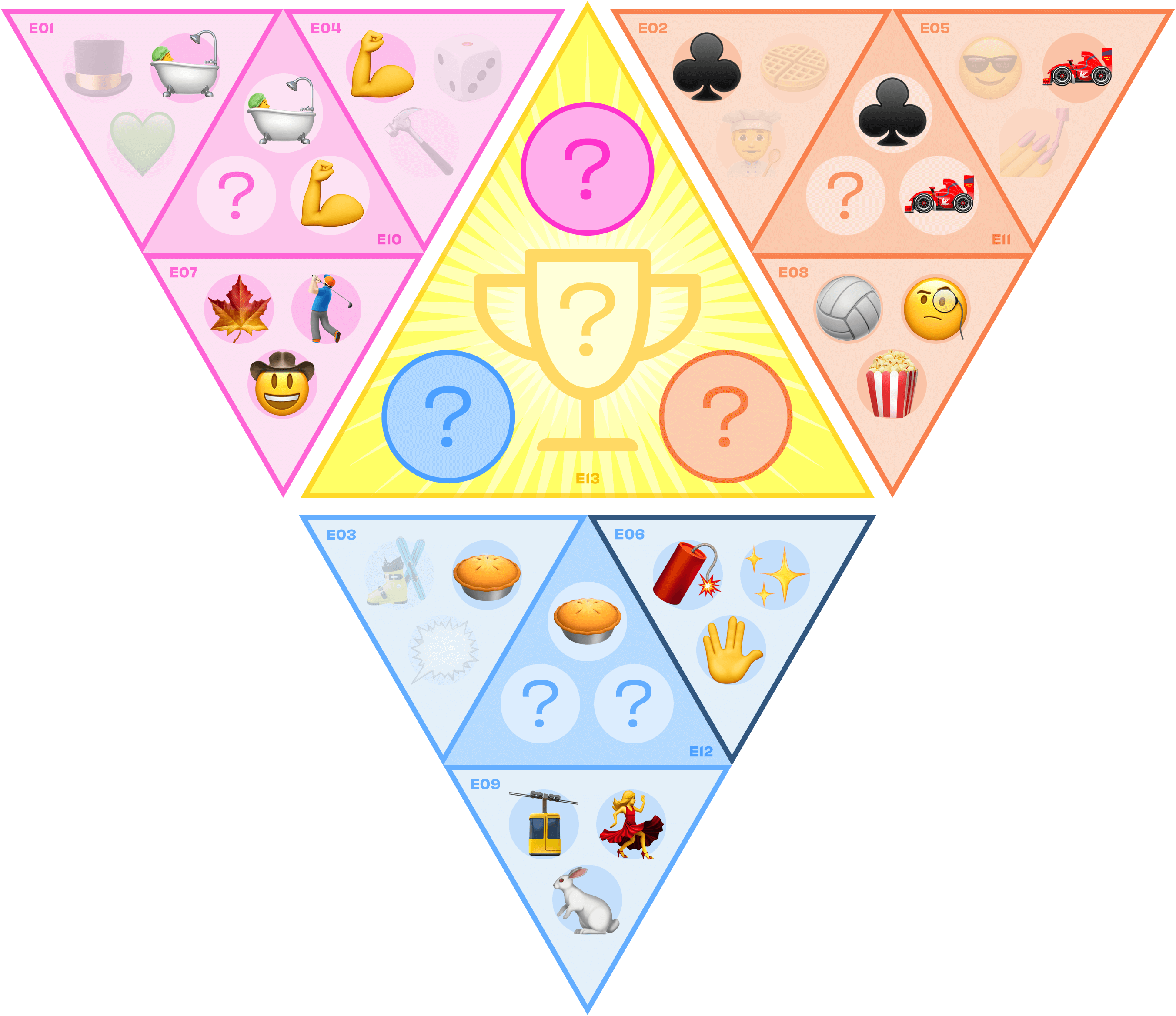 Who would make the best prom date?

Name the TV show or movie in which an actor played multiple roles.

Listen to the Vangelis-style take on Oscar-winning original scores and name the movie.

I Know Exactly Who This Is

Questions about the four regular panelists on the US version of The Masked Singer.

As a follow-up series, I'm considered much lesser,

I kicked off with Joan Crawford - a real snappy dresser.

I continued some trends, with more fantasy, less suspense,

In syndication I was mixed up with The Sixth Sense.

Night Gallery, regarded as a lesser follow-up series to The Twilight Zone, focused more on supernatural and fantasy stories, from authors like HP Lovecraft, than the sci-fi that had been the staple of Twilight Zone. Joan Crawford, in one of her last performances, played a wealthy blind woman in the pilot, in a segment directed by Steven Spielberg. To fill out enough episodes to meet the demands of syndication, episodes were cut to 30 minutes, with other stories padded out. That still wasn't enough, so segments from an unrelated show The Sixth Sense were added in. Episodes were also severely cut down, so Rod Serling introductions were added to fill in backstory, and make them seem more like Night Gallery episodes.