Rhyming words and mashed up names take center stage this week as Tim, Jeff, and Eleanor compete for the last spot in the Chronic Town Division finals! Round one looks at theoretical spinoff/prequels in the vein of “Better Call Saul,” while round two explores possible collaborations between actors and musicians with complimentary names. All that, plus a lightning round to determine this week’s champ! 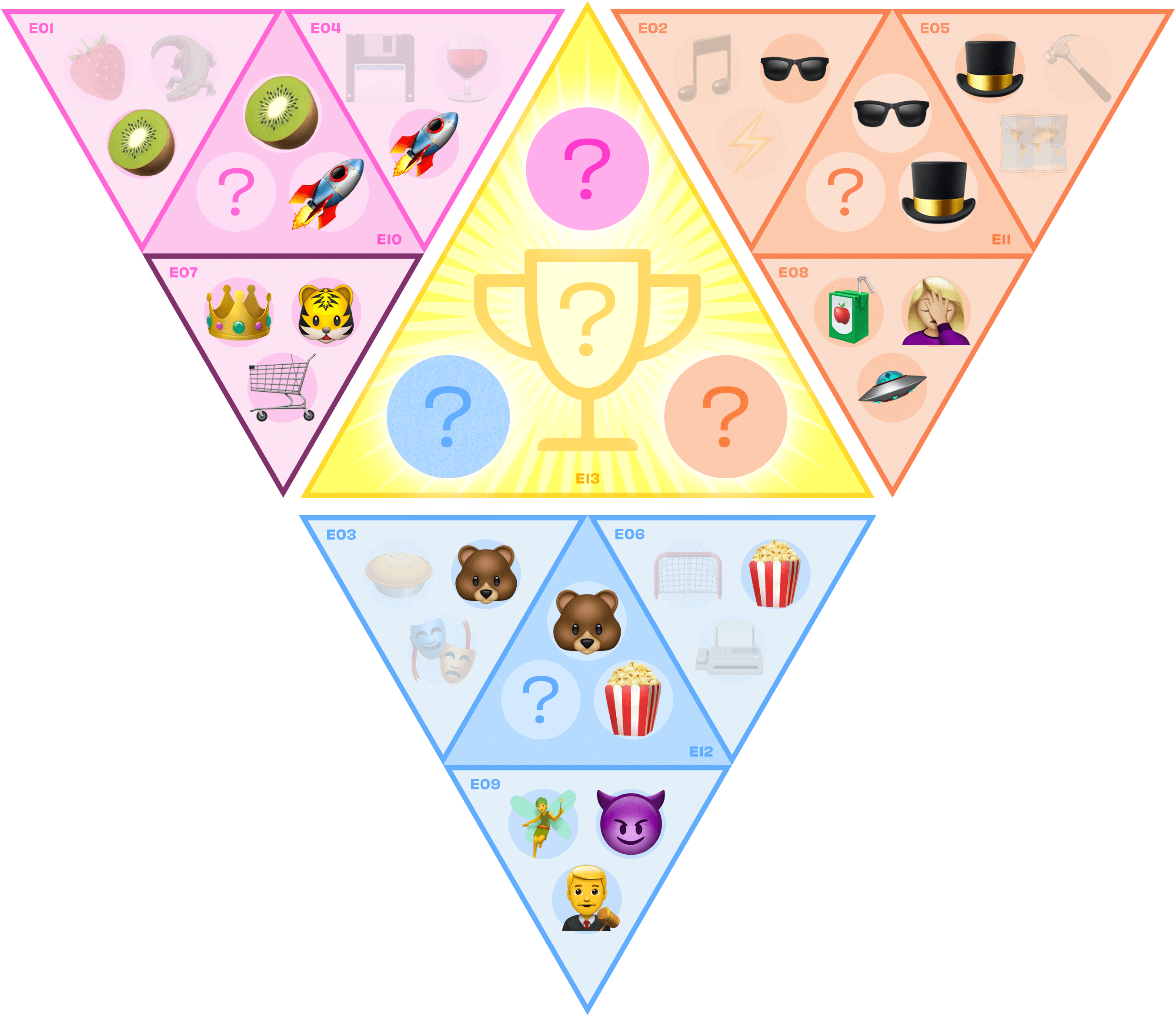 Which champion is going to be the best behind-the-scenes speechwriter for a Presidential candidate?

Names And Faces From Studio Spaces

Identify the before-and-after talent from up to three of their pop culture offerings.

Questions about references to Wolfgang Amadeus Mozart in popular culture.

These kids have some talent for sports with big thrills

With their wipeouts accented by colorful stills

A conceited young boarder, plus his cool older sister

There's a squid tending goal, and a sidekick named Twister

On Nickelodeon's series Rocket Power, fifth graders are surprisingly talented at extreme sports like skateboarding, surfing, roller hockey, street luge, and more. Whenever someone falls or gets in trouble the screen would flash with bright, stylized graphics with phrases like "Major Beef!" or "Busted!" Otto Rocket has a big ego that always has to be kept in check by his older sister Reggie. Their nerdy friend Sam (who goes by Squid) plays goalie on their hockey team, and their friend Maurice goes by the nickname "Twister."

Doll & Em is a lot of fun, and chronically unseen in the US.
The quarantine version of "Let’s Go to the Mall" is not quite up to the level of the original.
Crawl earned almost $100 million! It won a Fangoria award for Best Wide Release!
In Alien: Resurrection Winona Ryder’s character is mostly just called "Call" but Call calls herself "Annalee" as well.
The Chipmunk Hunk Scorebreak: Chipmunk Hunk, Chipmunk Hunk, he fights crime and other junk. Is he strong? Listen, punk, something something -unk.
Pretty much all the main cast of The Unbeatable Squirrel Girl have their own theme song, all to the tune of the classic “Spider-Man” cartoon.
Pitchfork did not like Steve Buscemi’s Rub Out the Word. And, from their description, it does sound terrible. To wit: “Steve Buscemi reads the cut-up passages of William Burroughs while backed by the drones of Elliott Sharp.”
If you’re trying to look up the Ricky Martin track, it’s “Vente Pa’ Ca.” It won Song of the Year at the Latin Grammys.
Bea Arthur’s role on The Star Wars Holiday Special raises a lot of questions.
Tim was referencing Evangeline Lilly’s outspoken anti-vaccine views.
The Jocaste Nu Scorebreak: Jocaste Nu...wait never mind. This scorebreak doesn't appear in the archives, so therefore it doesn't exist.
Not only did John Krasinski fire someone else to put Emily Blunt in A Quiet Place, he had her do the firing.
As Roger Ebert pointed out, Dodgeball never claims to be a “true” story, but a “true underdog” story.
Tim does music and photography.
Tim also written about Disney World.
Jeffrey is on Twitter.
Eleanor in on Instagram.